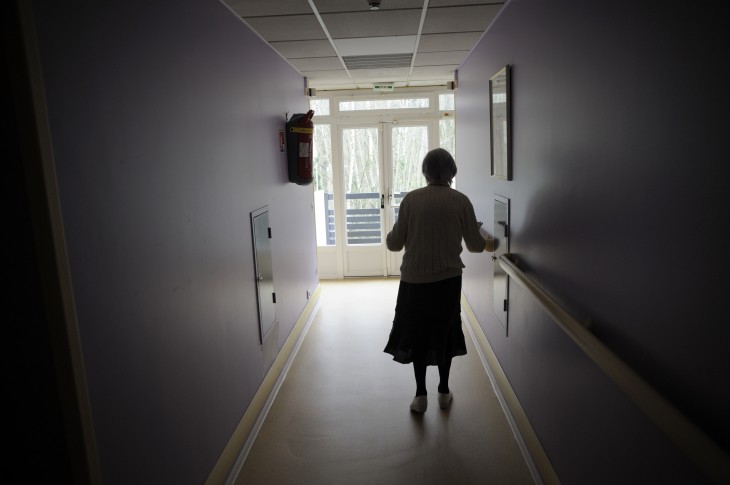 Circles for iPhone is a pretty cool little game from Built by Snowman, the creators of the lovely location-reminder app Checkmark, which we’ve covered previously.

Circles is essentially a minimal take on the mechanics of memory game Simon Says, but it has some nice multiplayer twists that keep it fresh. The game presents you with six colored circles that you tap on to activate. Your game begins with the number of circles (essentially a difficulty selection) that you’ve chosen. Tap on them in the right order and number of times to complete cycles as long as you can.

There’s a robust single-player component that allows you to progress through 120 levels of increasing complexity, so there’s plenty of time for solo play and practice. I’m super attracted to the clean, crisp coloring and sparse design of the app which features a lot of restraint in animation and sound design.

In the multiplayer version, you play an asynchronous turn with a Game Center opponent, daring them to screw up their particular round. In an additional permutation on the model, you can also submit a ‘weapon’ along with your turn that includes Lighting, which speeds up the sequence, Twirl, which rotates the circles to confuse and Blackout, which makes their choices greyscale and silent. There are a few in-app purchases which allow you to buy packs of weapons to use against your friends.

The addition of weapons elevates this above a simple repetition competition and should make games a bit more frantic and fun as they go along. I’m a fan of asynchronous play on the iPhone, as it speaks to the limitations of a mobile platform, where you may have only a moment to check and submit a turn.

Letterpress taps into this same vein, and Circles obviously owes a lot to its flat, colorful aesthetic and simple reliance on Apple’s Game Center for multiplayer matchmaking.

In what is a lovely move, Built by Snowman is donating a percentage of each $1.99 sale to help fund Alzheimer’s research and support programs for the life of the app.

Read next: Elon Musk is so fed up with LA traffic he's willing to spend his own money to solve the problem