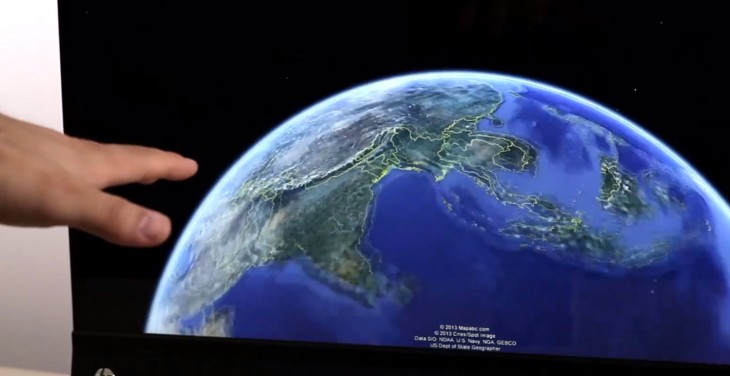 The Google Earth 7.1 update is arriving just in time for Earth Day, and it’s bringing with it support for the Leap Motion controller. You can pinch, swipe and glide your way through all of Google Earth with hand gestures, provided you’ve got one of the small 3D sensor units that is making its way out to developers now.

Launching support for the Leap Motion is very much a play for additional attention at the moment, as so few people have access to the controller hardware. Around 10,000 developers are in the program so far, and Leap Motion just started shipping them units a couple of months ago. But it did recently announce a big launch in Best Buy stores beginning May 13th, so having support for the hardware in mainstream apps makes good sense.

If you’re unfamiliar, the Leap Motion Controller is a small hardware unit that’s the size of a pack of gum, coupled with sophisticated software that makes the gesture process work. The result is a pinpoint-accurate 3D controller that allows you to manipulate software apps or your computer’s web browser by waving your fingers in mid air.

I got a hands-on of the controller at CES and it works as advertised. It’s so accurate and lag free that there is little to no learning curve. You just stick your hand out and boom, you’re controlling specially made apps with your hand. Google Earth should make for a compelling in-store demo experience, as well as a nice addition to the launch titles as it’s bundled with future HP devices.