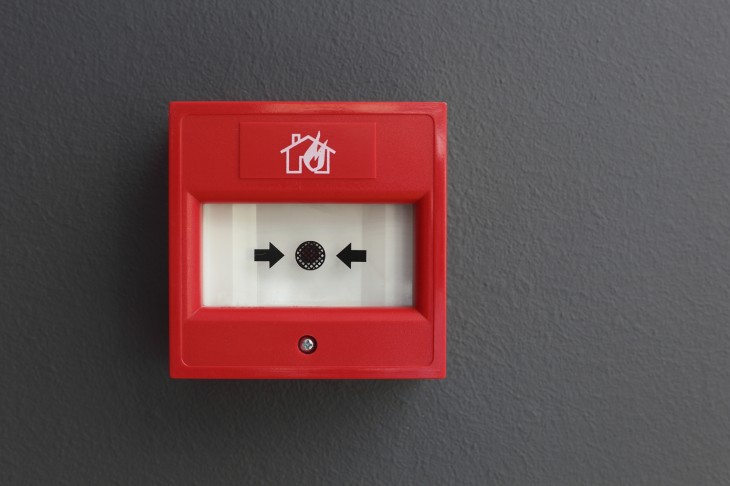 The app’s not exactly something you’d buy on a whim, though, as the standard app costs $9.98 on Google Play. A classic version of the app that works on older Android devices (before version 3.1) is available for $2.98, but it lacks support for external USB sensors.

The idea behind Valarm is that you can go out and buy a cheap Android smartphone, or use an extra one you have lying around the house, to create a monitoring rig that matches your needs. The project actually got its start because co-founder Lorenzo Gonzalez had his motorcycle stolen and he wanted to build a cheap anti-theft and tracking device for his replacement bike.

Gonzalez and his brother, Edward Pultar, then decided to take the resulting app and turn it into Valarm. They began working on the project in February 2012 and released the app late last year.

Valarm is already plenty useful as a standalone app because of the built-in sensors on today’s smartphones. You could, for instance, use it to monitor an object’s location and then have it take a photo and email it to you when its position changes.

Data from Valarm is pushed to a custom page on the company’s website that users can log onto to check. The freemium option shows the raw data, a map, and ads, while a paid option ($4.50 a month per device) provides access to graphs, comparisons, route mapping, territory mapping and more.

Gonzalez says the startup has been contacted by companies looking to put Valarm-enabled devices in garbage trucks to optimize their routes, vineyards interested in keeping track of temperature and humidity, and a laser company interested in a mobile application for their sensors. These are just a handful of the possible applications that the Valarm team has come across, and there are countless other instances where the app would be an affordable solution in today’s data-driven world.

The Arduino and Raspberry Pi hardware platforms also offer similar potential, but they require more know-how to set up and could potentially be more expensive if you have to purchase separate sensor devices that would already come bundled in an Android phone.

“There have been some projects in the past using custom hardware or really ugly hacks. The elegance of putting it all on one piece of software on a very common Android phone is really what we’ve done,” Lorenzo said in an interview.

Focus is going to be an issue for Valarm, as the company doesn’t have the resources to research and develop every possible implementation. Still, the team says it’s open to exploring specific verticals once customers express interest.

The team has bootstrapped its efforts and none of the company’s five starting partners are on the project full-time. They are a smart lot, though. Pultar, for instance, has a PhD in Geography and previously worked at Google as an intern on the Google Earth project.

Development expenses are kept at a minimum since the Valarm team does its coding in-house. The company is close to reaching a crossroads, though, where the brothers will have to decide whether to take on funding and focus on the project full-time or just let it keep growing organically and work on it on their spare time.

Valarm has the potential to be both an introductory app for consumers looking to tinker with remote monitoring and a powerful platform for businesses with sensor needs. The startup’s working on a unique solution to help us get the most out of our smartphones, so, whatever the team decides, I’m hoping they stick around for a while.

Read next: 9 tips for founders who want to hone their design chops