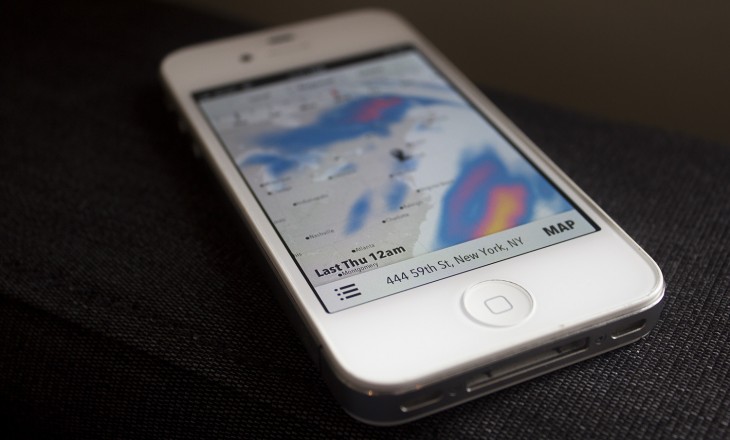 Forecast is a new weather service and API launched by the same folks behind Dark Sky, a beautiful iOS weather app. During the short time we’ve spent with Forecast since its release earlier today, it’s safe to say that we’ve been blown away.

Above all else, Forecast is both high functioning and gorgeous. The design completely gets out of the way, allowing key features to take over. These features include animated maps and icons, minute-by-minute forecasts, natural language summaries and an impressively smooth Web app implementation.

As hinted at above, Forecast is solely a free Web product at the moment. This may let some potential users down, but in our tests on iOS, however, the site functions surprisingly well without being coded to run natively.

The maps animate smoothly, and the navigation is self-explanatory, allowing users to switch between today’s weather, next week’s weather and a map of the local, regional and even global weather patterns.

The Web app feels quite at home on mobile devices, but on the desktop it is equally useful, with a prominent search bar for choosing your current location and the ability to save locations for quick browsing.

Behind the Web app lies an open API; if you’d like to use it in your own apps, you can head here to learn more.

The company behind Forecast, also named Dark Sky, details that its next steps are to expand its weather coverage and add user accounts (think notifications and the ability to sync your saved locations). You can try the service out for yourself on your desktop and/or mobile device via the link below. Be sure to let us know what you think!

Update: In our own tests, we ran into issues trying to use Forecast on Windows Phone. On Android, the result were satisfactory but not incredible.

Read next: Tumblr crosses 100 million blogs, with 44.6 billion posts inside