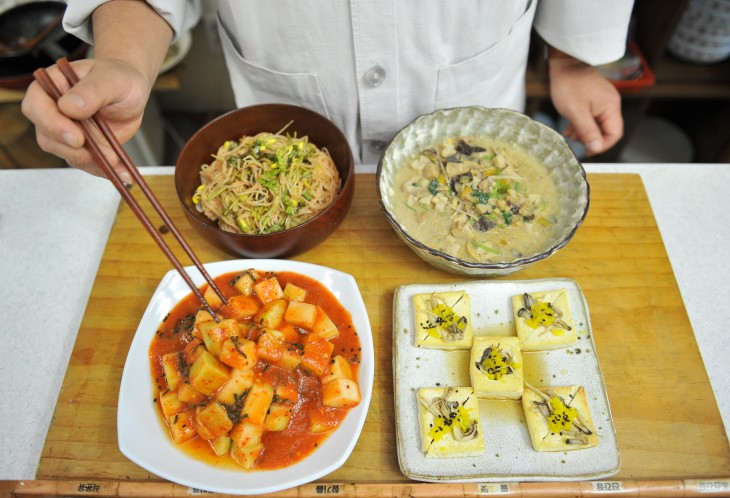 Evernote Food has been updated for iOS devices today with a slew of new features including in-app restaurant bookings, recipe sharing over social media and automatic syncing with notebooks stored on Evernote.

Following its launch on iPad last December, Evernote has been trying to improve the functionality and versatility of its Evernote Food app. In the past, we’ve questioned the app for having a “pretty limited” number of features, making it a difficult sell for new users.

Given that many people already use the standard Evernote service for jotting down recipes, Evernote Food needed to be something more.

Version 2.1, released today, has taken that to heart with ratings and reservations. Similar to Foursquare and Yelp, in the past users have been able to search and discover new restaurants using the app. Now, the app has been updated to include an extensive reservation system built on OpenTable.

So if you’re looking at a place in your local area and decide that it’s worth checking out, it’s now possible to book a table for a specific day, time and number of people without leaving the app. The restaurant has to be featured on OpenTable for it to work, but it’s a robust tool that goes over and above the equivalent profile pages found on Foursquare.

Evernote Food can’t do it all though. It’s worth noting that to help users work out which restaurant is worth their hard-earned cash, the app is also using ratings data supplied by Foursquare. So best not to declare total war between the two services just yet.

Evernote Food is a great way to log and discover new recipes. Until now though, it’s been a rather closed affair with little interaction from other users. To promote the app and get more people interested in the service, Evernote has introduced the ability to share clipped recipes via Twitter, Facebook or email.

It’s a simple feature, and one that honestly should have been there before, but users will no doubt welcome it all the same.

As mentioned previously, before Evernote Food came along, many users were creating notes in the standard Evernote service in order to store and manage their favourite recipes.

Until now, the only way to move those over has been to manually write them out again, which for dedicated users is a massive pain. With today’s update, entire notebooks of content can be synchronized between the two services. So Evernote recipes will now show up in the My Cookbook section of Evernote Food, and vice versa. Bliss.

Read next: The secret to productivity? Spend 12 hours per day reading articles about productivity [Video]