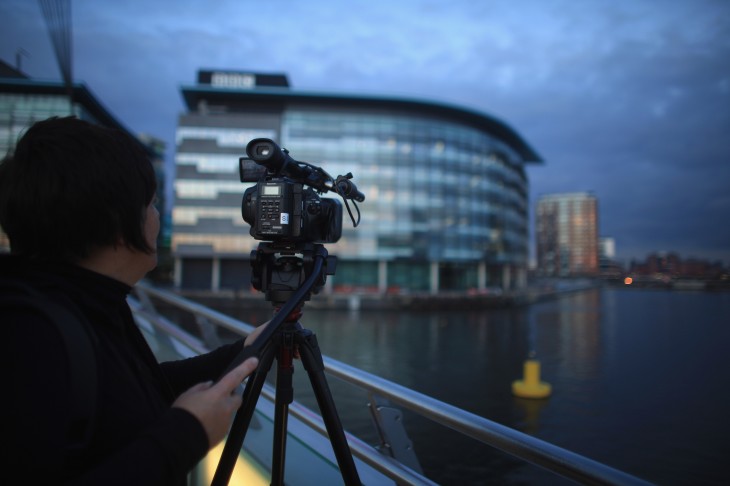 Digital media startup NowThis News has launched an Android app to supplement its current offering on iOS, serving up bite-sized video clips for a variety of news categories, breaking stories and popular events.

The app uses an uninspired but functional interface. Videos are shown as thumbnail images and you can take a look at additional clips simply by swiping up and down from anywhere on the screen.

The home feed is a curated selection of NowThis News content, although you can switch to a different section just by swiping to the left. In addition to the traditional newspaper headers, such as food, entertainment, science and technology, there’s also a couple of dedicated channels for breaking or evolving stories.

At the time of writing, there was a feed for the South by Southwest (SXSW) interactive conference and festival, as well as the election of Pope Francis.

Tapping on a thumbnail plays the clip in a robust video player. Most of the content isn’t in a particularly high-resolution, but it’s perfectly viewable and loads easily when you’re out and about. There’s a bright yellow bar at the bottom for scrubbing forwards or backwards, which works well, in addition to the pause, rewind and fast forward controls that you would expect from any other multimedia app.

Videos play in both a portrait and landscape orientation, which you can switch between simply by swivelling your handset to the side.

The navigation, overall, is fast and natural, mimicking the iOS app that was launched last November.

The caveat is that most of the content offered by NowThis News has been self-produced. Admittedly, there’s a vertical called ‘Viral’ which includes videos from YouTube, but it’s a token gesture compared to the exclusive content offered elsewhere. So if you’re looking for an app to bring together all of the videos featured in your Facebook or Twitter feed, you’re better off looking at an alternative such as Telly.

NowThis News, based in New York, has had an interesting journey up until now. In April 2011 reports started emerging about a new video-based startup called Planet Daily Networks, backed by some notable individuals including which included Huffington Post co-founder Ken Lerer and its former CEO Eric Hippeau.

Following a $5 million Series A funding round, the firm emerged under its current name – NowThis news – and announced a partnership with BuzzFeed. Since then, it’s been publishing content on a daily basis through its own website, iOS app and BuzzFeed section.

The Android version is free at the moment on the Google Play store, so if you’re a fan of the publication’s work, it’s well worth checking out.

Read next: This week at Microsoft: Surface sales, Perceptive Pixel, and Windows 9