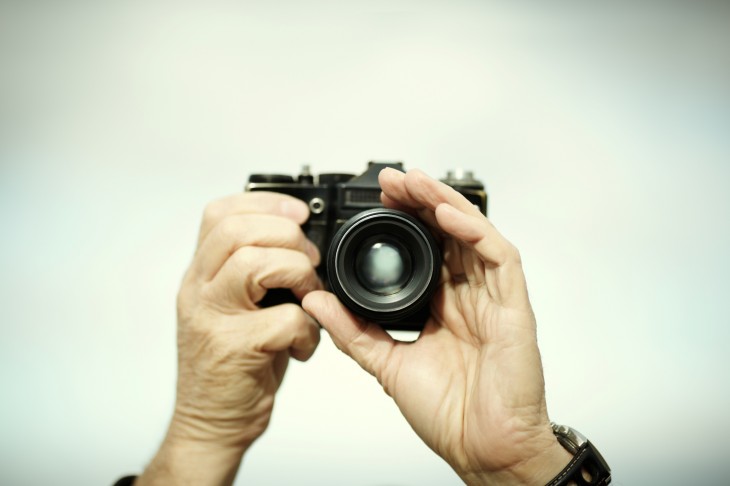 Let’s be honest, smartphone cameras aren’t always the most flattering. They seem to have a knack for exaggerating some of the features we most want to downplay.

It’s no surprise, then that Facetune, a new $1.99 iPhone app for airbrushing portraits from Israel-based developer Lightricks, has shot up the charts to become the number one paid app in the App Store’s Photo & Video category and 17th overall.

We gave it a whirl and found it to be quite easy to use. If you’re new to touching up photos, you’ll want to take things slowly to avoid over-adjusting your photo, but you should be able to get immediate results.

The interface design is quite similar to the now Google-owned Snapseed photo editor. The app does a good job of understanding the general changes without making the multitouch gestures complex.

Editing tools available include whiten, smoothing, details, reshape, patch, tones, red eye, defocus and filters. You can pull from your photo gallery, take a new photo, or practice with a demo photo. When you’re done editing, you can share to Facebook, Twitter, Tumblr, Flickr, Mail and Instagram, or save to your Camera Roll.

I practiced with a demo photo to remove some dude’s lip piercing, patch up some acne and shave a few pounds off his cheeks. This is what I came up with, though there’s plenty more I could have done:

It’s great to see the editing power that photo editing apps have tapped into, and Facetune manages to harness it with an simple interface. Those of you who would prefer to keep your profile photos au naturel can go on with your lives, but the rest of us may want to drop the $2 for Facetune.

The Lightricks team has an intriguing story in how the app came together. Four of the developers have backgrounds in computer vision as PhD candidates in Computer Science at Hebrew University. The team has amazingly bootstrapped the app on their own student budgets.

“This whole thing came into being when we were fooling around with apps, four of us were in labs and we saw that the really advanced parts of technology, the stuff that you use for high-end [applications], doesn’t come into play on consumer products on the iOS platform and on mobile platforms in general,” Lightricks’ Business Development Director Itai Tsiddon told The Next Web.

Facetune’s popularity has been largely from word of mouth referrals. The developers said they had no budget for marketing, but still watched the app shoot up the charts, achieving its top ranking in the Photo & Video category in less than 48 hours.

Lightricks CTO Yaron Inger explained that the app is meant to take knowledge that the team learned in its studies and apply it for consumer use.

“We said, okay, let’s take our knowledge that we gained in academia, things we’ve learned from papers, and let’s convert it to a product that everyone can use. There are not many companies that do it,” Inger said, adding that the task was not easy since many papers aren’t written to be user friendly.

Tsiddon noted that the team spent many hours on rigorous usability testing to ensure that the app was intuitive. The teeth-whitening feature, for example, is designed to be as easy as brushing one’s teeth. By comparison, Lightricks did a test with Adob’es new Photoshop Touch app and found that non-professional users had no idea how to whiten teeth on the app.

Lightricks is currently working on an iPad version of the app that will pack additional features into the extra screen space. The team is still on the fence about whether to build an Android version, since it would take extensive work to optimize the application for all the different devices and screen sizes.

Tsiddon did tease, though, that the company has “some really interesting things in the works”. We’re looking forward to seeing them.

Read next: Microsoft to update Internet Explorer 10 on Windows 8 and RT to handle Flash 'by default'