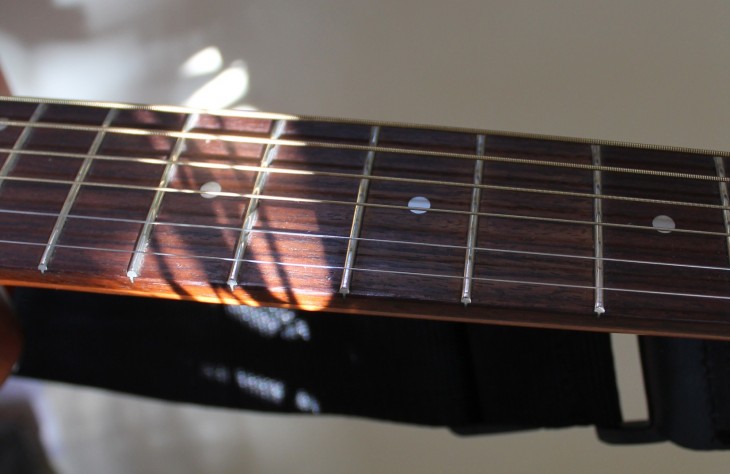 We’ve previously written about how music service Senzari was planning to take on Pandora and traditional radio, launching initially back in 2011 in private beta, before opening to everyone in Brazil, Spain and the US last March.

The Miami-based company then went on to acquire Berlin location-based music startup Wahwah.fm in October last year, before announcing it was taking on the Wahwah branding for its own main service a few weeks back. And today, at SXSW in Texas, Senzari finally launched its new rebranded service, going mobile-only with its first incarnation which is now live in Apple’s App Store. It too will be restricted to the same three countries as before.

“After we acquired Wahwah.fm, we went to work to combine the vision of both companies and decided to build a completely new mobile-first experience from the ground up,” explains Bill Hajjar, CEO of Senzari. “We want to be more than just a music player for smartphones, which is the focus for most current services. Wahwah is a real-time, intelligent, social music experience that contextually adapts to whatever the user is currently doing, like driving, cycling, running, cooking or just relaxing, and broadcasts the experience, allowing others to join in and listen in real-time.”

In a nutshell, Wahwah lets users enjoy music with friends and strangers around the world, while participating in their favorite activities. Each station has an activity and location associated with it, so Wahwah is striving to make it easier to find other listeners based on what they are doing and where they are.

For example, if someone is going for a cycle across the Golden Gate Bridge, they can start their own activity-based station, or join someone else that may be cycling somewhere else.

First up, you will have to connect your Facebook account to even look inside Wahwah, which won’t appeal to everyone. Assuming that’s not a deal-breaker, when you launch the app you’ll first see a series of trending radio stations…that is, stations that are being accessed by the most people. You can also filter by ‘Featured Radios’, which is curated, ‘Radios Around Me’, ‘Friends Radios’ or ‘Radios by Activity’.

Now, the latter of these include ‘Driving’, ‘Cycling’, ‘Cooking’ and more, and all have been specifically programmed for the activity in question.

“We decided to put Trending front and center, to show that it is a real-time service, and people are doing things live right now,” explains Demian Bellumio, COO of Senzari. “We could have put ‘Featured’ there, which has editorial stations from our partners and us for people to choose from, but we think the real-time aspect is a unique experience.”

You can create your own personalized artist-based station simply by entering the name of your favorite artist in the search box.

You can make it private if you like, but Wahwah sells itself as a social app, so making it ‘On Air’ is more in-keeping with the app’s ethos. Ironically, one of the first songs served up on my Bob Dylan-themed station was a George Harrison song called Wah-Wah, but I’ll put that down to a happy coincidence rather than a bizarre marketing stunt.

You can scan the various markets Wahwah is available in (the US, Spain and Brazil for now), and look at current broadcasts by location, while the main menu section gives you access to the ‘Radios’ portal and personal settings.

Here, you can tweak your Facebook sharing/follow settings, or log-out. You can also view your personal profile that shows the number of stations you’ve created, and ‘Following’/’Followers’ count.

You can view the station history, which includes songs-skipped and who else has joined the station to listen. And within the station settings option, you can tell it whether you want everything automated, or opt to gain more control over what it plays.

There’s certainly a lot of potential here for Wahwah, and it does bring a new social-based music service into the mix, but it would be good to see this roll-out globally.

“Technologically speaking, we have concentrated on optimizing the experience for a real-time, personalized and mobile co-listening experience; which is very different than just building a music player,” explained Bellumio. “We try to leverage every sensor of the phone, from the GPS to the accelerometer, to ensure that we can understand the context of the user. This allows us to deliver the perfect song, and do it as close to real-time and as efficiently as possible.”

An iPad-optimized version will be hitting the market too, as will Android and Firefox OS. Interestingly, a Web-based incarnation will be reintroduced for the new rebranded app too, though this is seemingly not even in development yet. The learnings from the mobile app(s) will be used to build this over time.

The new Wahwah app is available to download for iOS now.

Disclosure: This article contains an affiliate link. While we only ever write about products we think deserve to be on the pages of our site, The Next Web may earn a small commission if you click through and buy the product in question. For more information, please see our Terms of Servic