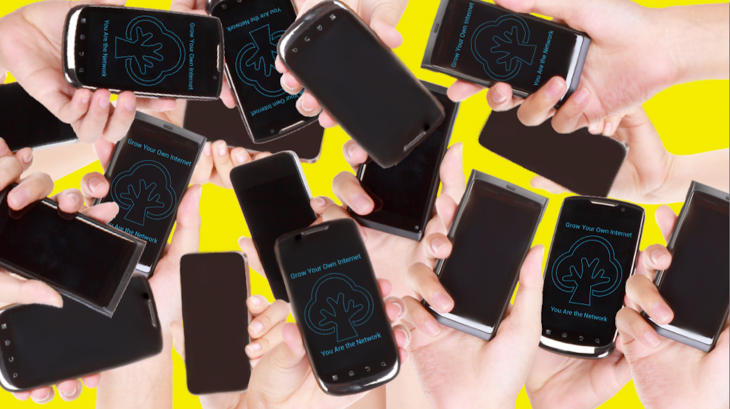 Open Garden, a San Francisco-based mobile and desktop app developer with the lofty goal of making Internet access ubiquitous everywhere, on every device, launched in May last year at the TechCrunch Disrupt conference. It picked up $2 million in seed funding a few months later and claims it has served more than 2.1 million downloaders since.

And yet the startup is today doing a sort of relaunch at the LAUNCH Festival, where it is debuting version 2.0 of its software application for Android, Mac and Windows on stage today.

Open Garden essentially connects smart connected devices like smartphones, computers and tablets into a mesh network on multiple platforms. Users share mobile data for free, while carriers can use Open Garden to optimize their network efficiency.

Indeed, the companies’ mission statements are very similar: to create the world’s largest WiFi network by crowdsourcing connectivity – Fon with a combination of software and hardware, and Open Garden only by banking on software to create a ‘virtual network of people and devices’.

Fon’s had quite a head start after launching back in 2006, but Open Garden’s version 1.0 install numbers prove that there’s still room for others in this space.

Open Garden says version 2.0 is a complete rewrite of its software and leverages multiple devices and WiFi connections. According to the company’s press release, Open Garden 2.0 utilizes all available Internet signals – from WiFi hotspots or 4G base stations – simultaneously to deliver “efficient, powerful and consistent” mobile Internet connections.

The software automatically selects the best way to connect to and deliver the best available Internet access.

Micha Benoliel, co-founder and CEO of Open Garden, explains why the solution could come in handy for many, especially when downloading videos, and what’s special about the version launching today:

“Open Garden version 2.0 improves connections across all devices to provide enough bandwidth for data intensive downloads, like video, which accounts for approximately 50% of the traffic on mobile networks.

Version 1.0 of our apps have reached over 2.1 million installs. With version 2.0, we start to address the community aspect of our vision: this means that the more people are joining the Open Garden network, the better connectivity you can achieve.”

➤ Open Garden for Android on Google Play (free of charge)

Read next: How to prepare for and what to do in an emergency (for you and your business)