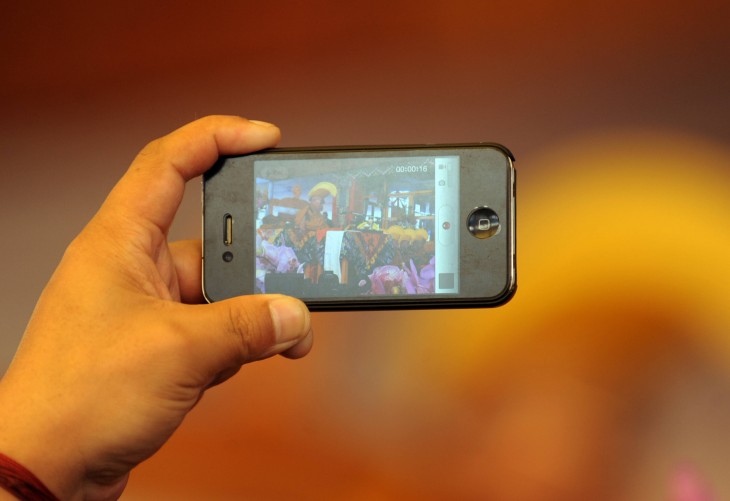 Socialcam has released an update to its iOS app that brings, what it calls, the next generation of “mobile video sharing.” Today the company announced users will now be able to upload recordings in 720p HD resolution, utilize High Dynamic Range (HDR) recording, and can take advantage of several new editing features, such as filters, themes, and audio soundtracks.

Just about eight months since Socialcam announced it had been acquired by Autodesk for $60 million, many wondered how the video space would progress. There have been a few new entrants into the space, including Viddy, which just announced a new update itself, Vyclone, Montaj, and Vine. 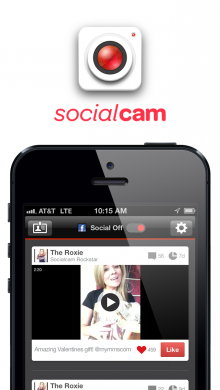 We spoke with Socialcam’s founder and CEO, Michael Seibel, and he tells us that the development of Socialcam 5.0 for iOS was done in collaboration with Autodesk’s professional video effects team. He saids that its parent company has a team that will offer up the ability to handle color correction and matching and services that help bring video to the everyday user.

Now with more than 20 million downloads, the company says that it has set its sight on continuing to “break through barriers to mobile video adoption by making it easy to express creativity and individuality wherever inspiration strikes.”

The five parts of Socialcam 5.0

With the new iOS app update, users will find five interesting features to explore. The first of which is the fact that now all videos are now able to be recorded in 720p HD. However, as videos are transmitted over a carrier’s data plan, one must wonder how much bigger the files will be — it should be noted that if you’re using this option, it’s probably best to do so over WiFi, unless you have an unlimited data plan. 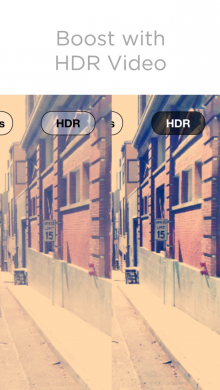 Another addition to the app is the ability for users to record in HDR. This feature is already available for photographers and can be enabled on the iPhone native camera. Now, after seeing how much people use this, Socialcam felt that now is the time to take that “enhanced  luxe type feature” and apply it to videos.

The next set of features are just enhancements to existing offerings: new video filters and more audio soundtracks. While the original filters did color transformation, this app update contains a much more complicated algorithm that Socialcam says will allow you to not only do multiple color shifts, but scale the red, blue, or green colors independently.

As for the new soundtracks, the company says that it set out to make them more ambient in nature, than having them dominate the content.

Lastly, Socialcam 5.0 has new themes, which it says are cool ways to implement effects that affect the titles displayed on the video. Now it has applied a much simpler title treatment and it will work with every video.

Samir Hanna, the vice president of Audodesk’s Consumer Group, says that there is “a huge opportunity in the video sharing market and anticipate that we’ll all share videos the way we share photos today. Being on the forefront of the trend allows Autodesk to better serve its consumer and professional customers alike.” 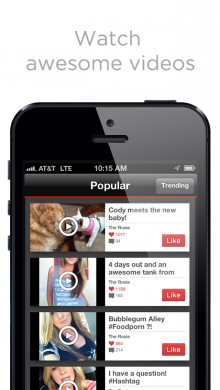 The company says that it is continuing a trend that Flip and YouTube began, and that it hopes the service will help combine the best of both worlds. The service wasn’t created for the working professionals, so it’s probably unlikely that you’ll see a cameraman for NBC filming an episode of “Parks & Recreation” on it (although that would be impressive).

For many, Seibel says, video editing can be a daunting task — most people probably don’t know where to begin. He says that with a photo, you just line up your shot, click and you’re done. But with video, just understanding the audio levels, lighting, and everything else can just be too complicated for most people — Socialcam wants to dispel that myth and show that it’s easy to create quick videos for individual usage.

Available for iOS devices today, but not yet for Android

The new update is available today for iOS devices. If you’re on Android, know that the company is working on it and an update will be available in a week or so. Socialcam says that the app was developed for the iPhone 4 and above with iOS5 and higher to accommodate 97 percent of its user base.