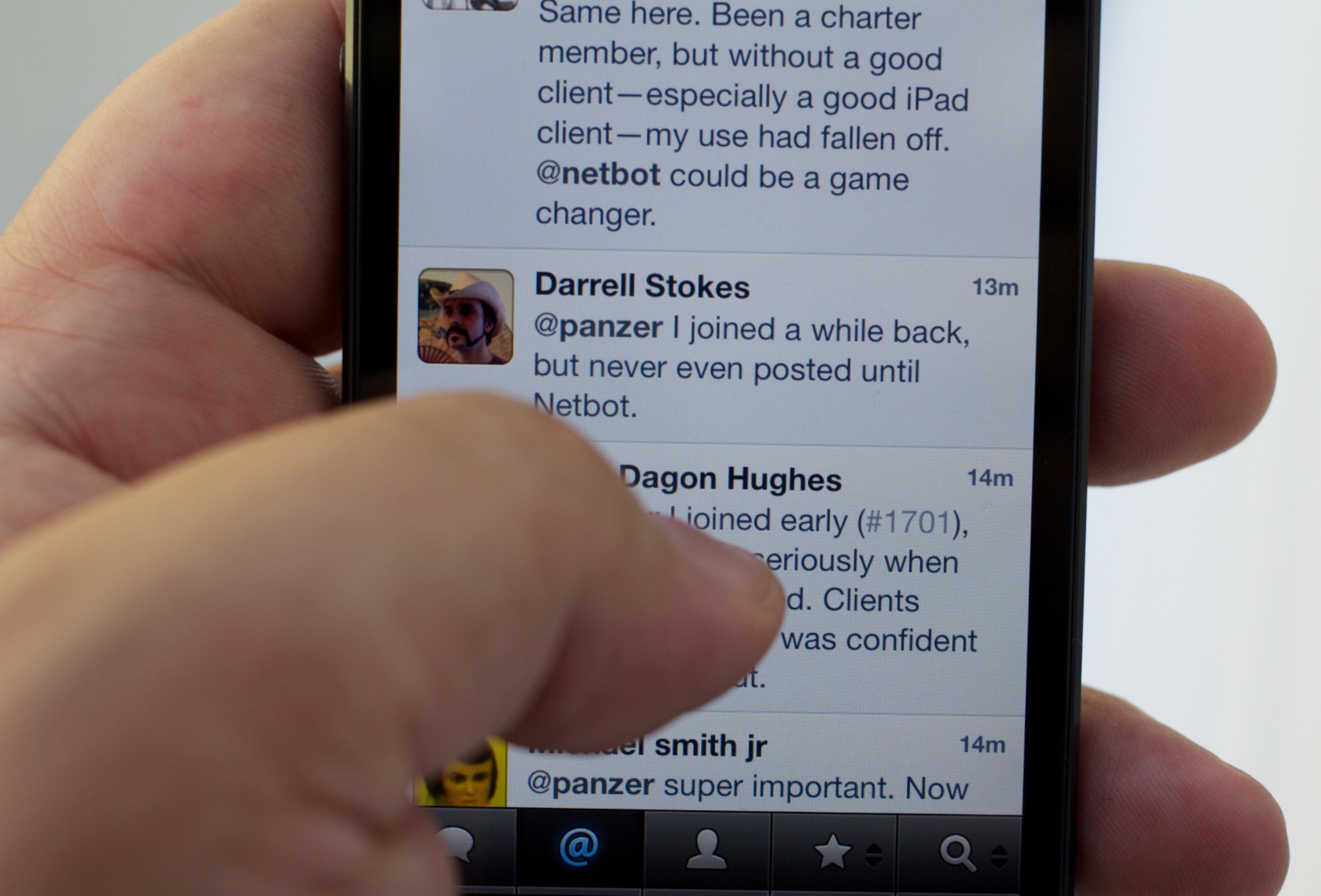 App.net has given a sizable boost after developer Tapbots made its Netbot iOS app free to buy in a move that it says will help “spur adoption” of the subscription-based social network. The app, which is similar to its much-heralded Tweetbot client for Twitter, was priced at $4.99 and caused a spike to App.net sign-ups when it launched in October 2012.

Other free App.net clients exist, but the free pricing of Netbot app, which we found to be as impressive as its Tweetbot cousin, is significant since it comes right after the social network announced its new file API. That move brings each user 10 GB of storage, giving developers the opportunity to incorporate images, videos and any other file type into their apps and build more comprehensive offerings, taking the App.net service beyond its current Twitter-like ‘Alpha’ form.

Founder Dalton Caldwell tells us that App.net saw “a nice bump” of new sign-ups this week and those news folks — likely attracted by the huge potential of the new API for future clients — can now jump straight onto Netbot for free.

With said API out of the door, Netbots is likely to add support for multimedia soon, but it could also take the service even further than that. Now is most definitely a good time to get onboard, even if you’re using some of the other excellent mobile clients, such as Felix (our review) or also free-to-use Rivr (our review).

Paid-for App.net apps have dropped to free before, but it will be interesting to see if other developers follow suit with their prices to help encourage wider adoption of the service. Certainly, with a thriving Tweetbot business, Tapbots appears to have the revenue streams to support such a move, but it’s something that many of App.net’s lesser known teams and indie developers — such as Felix creator Bill Kunz — are in less of a position to do.

Speaking to TNW this week, Caldwell again emphasized App.net’s commitment to keep its data controlled by users and that overall ethos makes user behavior somewhat different to Twitter. While one app tends to dominate a Twitter user’s activity, App.net users are generally more tech savvy and likely to experiment and use more than one client at a time. So, while the Netbot price drop brings more competition, it will be good for the developer community as a whole if it can bring more users through the gate.

App.net has pitched itself from the beginning as a platform that is developer-centric. It offers an incentive program that will pay developers a dividend based on user satisfaction with their apps every month. Every feature of its rapidly evolving API is open to every developer.