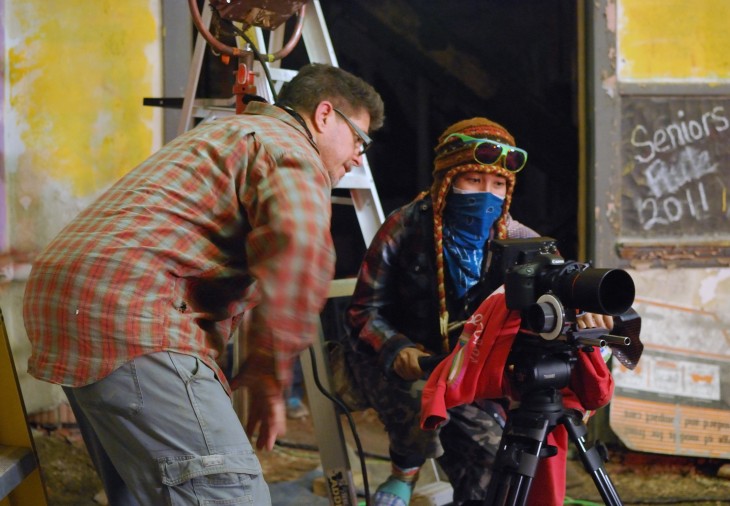 Another video sharing app is making its way onto people’s devices. MONTAJ is the latest entrant that sets out to turn your life’s moments into “amazing, fully edited video with a simple shake of the wrist.” While announced today, the company says that it will be available for download starting on January 22 for iOS devices supporting iOS 6.

Backed by actor Adrian Grenier, MONTAJ allows anyone to create videos like they’re a Hollywood director using quick snaps of their phone’s camera. The idea is that through the app, you can begin to film up to 40 clips with each one being 5 seconds or less. After that time has expired, the camera will stop and reset, adding a clip to the shot counter. From there, users can look through their video storyboard and organize it in a way that they want them to appear in their final video. Clips can be deleted as well.

With MONTAJ, co-founder Demir Gjokaj says that users can shake the phone and it will organize the information in a random way, with new filters, music, and different arrangement added each time. If a specific music selection or arrangement is to your liking, they can be locked so they don’t get changed when the phone is shaken again. Additionally, users can adjust the volume, add voice-over, edit length of clips, and then share it to their friends across different social networks including Twitter, Facebook, and YouTube. Videos can also be downloaded off of the phone and uploaded to more professional video-editing software such as Final Cut Pro.

Unlike services like Socialcam and Viddy, MONTAJ does not have any default music for users to choose from. The company says that users need to have songs on their device in order to insert them.

Gjokaj believes that photos aren’t our favorite medium — video is. He puts it this way: we don’t spend $14 seeing a photo gallery, but we do go see movies such as Django Unchained. We don’t go home and curl up with our spouse or partner to watch an Instagram feed — we watch shows like Breaking Bad or Dexter.

The philosophy behind the company is that anyone can produce a video like a professional. It hopes that the excessiveness behind video production can be trimmed in order to help provide the right story to viewers.

The video-sharing space is a crowded one. From Viddy, Socialcam, Klip, and others, how exactly will MONTAJ stand out? The company says that there are “tons of apps that you can take 15 seconds videos and share it with your friends, but they “suck” and “there’s no story to follow. You’re just following nothing.”

Dan Long, another co-founder, tells us that the idea behind the app came up when his team was thinking about creating a travel site. They understood that video was a popular tool and pondered how it could obtain free media. After some thinking, both Long and Gjokaj came up with the idea of MONTAJ.

The app will be available for all iOS devices that have the iOS 6 operating system installed. An Android version is being considered in 2013.

While it’s not disclosing its monetization strategy, the company says that it will be releasing branded storyboards. To that end, it has launched its “founding brands” initiative. The company is currently having conversations with large brands to have them bring unique user generated storyboards to their fans in a way that’s legal and rights-entitled.