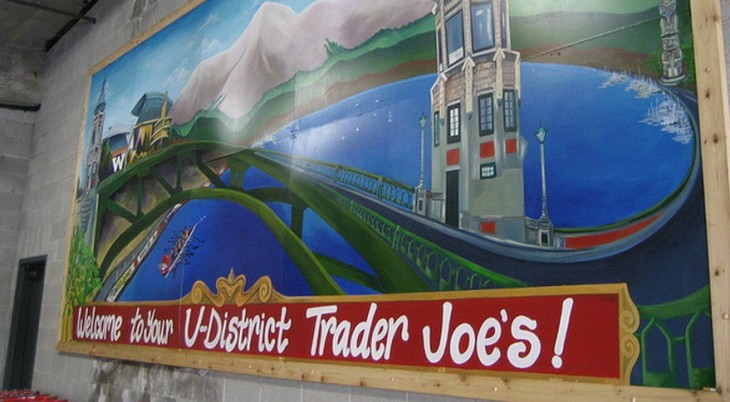 Update: Unbeknownst to us at the time of posting, Instacart has temporarily suspended alcohol sales through its service. Thus, the title of this post was a bit off: you can’t yet buy wine from Trader Joe’s. The company told TNW that it is an issue it is working to solve, and that the ability should be back in a few weeks’ time. We apologize for the confusion.

Today Instacart begins to roll out support for Trader Joe’s chain of stores to its grocery delivery service. Users that have had their accounts activated to support the new products will be able to toggle between Safeway and Trader Joe’s, giving them the option to purchase from one, or both of the providers.

Given that Instacart is getting its start in the Bay Area, the addition of the new grocery story is non-trivial: many in this part of California swear by it.

We spoke with Instacart’s founder Apoorva Mehta, who noted that “one of the features our customers have repeatedly asked for is the ability to shop at Trader Joe’s.” The company is especially proud of its blended cart system, by which users can buy items from either grocery store in one move, and have them delivered on its scheduled one or three hour deliveries.

Instacart’s model is finding firm footing in its trial markets, telling TNW somewhat elliptically that its economics are functional, and that its growth rates are strong. The company also noted that its attempts at paid marketing produced slim results, and that word of mouth marketing is instead propelling the firm forward.

I’m usually skeptical of such claims, but as I took part in the very same activity in my first review of the company, I must admit the claim’s plausibility.

Instacart is a somewhat interesting startup as it is working in a space where so many have failed, often spectacularly, such as WebVan. The company appears to be succeeding through simple pricing, a functional interface across platforms that makes it simple to use, and economics that make it viable in the long-term, not depending on massive scale to produce efficiencies.

For fun, here’s what your account will look like once it is approved for Trader Joe’s support. The top image is from Safeway.

Two buck chuck on demand? Hats off. For more on Instacart, TNW’s past coverage is required reading.

Read next: Skype integrates its Windows app with Outlook, allowing for calls to progenerate from the desktop email tool