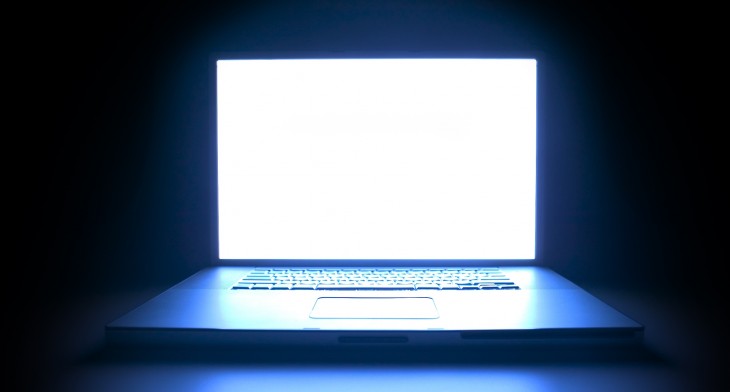 2012 was the year Microsoft finally unveiled its touch-friendly new operating system to the world, signalling where the computing industry is at and where it’s heading.

Indeed, touchscreen tablets and smartphones are very much the order of the day, something that Microsoft was clearly mindful of with its Windows 8 launch. And at Canonical‘s headquarters in central London this afternoon, The Next Web got wind of the latest version of its flagship operating system…Ubuntu. For smartphones.

Just to recap, Ubuntu is a Linux-based operating system, distributed for free as an open source software. Its first release was on 20 October 2004 and since then, Canonical has released new versions of Ubuntu roughly every six months or so, promising support for each incarnation for eighteen months thereafter.

During the demo today, Canonical founder Mark Shuttleworth demoed a very impressive looking operating system. Though it’s worth noting at this juncture no manufacturers have actually signed up to ship with Ubuntu yet, something Shuttleworth says may take ’til the end of this year or early next year before the first fully Ubuntu-built phones are ready to start shipping.

The smartphone interface uses all four edges of the screen, which has menus and icons popping out on-swipe, which maximizes the available screen real-estate. Indeed, thumb gestures from all four edges lets you find content and switch between apps, and the interface is designed so that controls appear only when the user wants them.

It also has a holistic search feature for apps, content and products, which trawls the device itself as well as the Internet.


Moreover, it includes voice and text commands within any app.

Speaking of which, a key point to emerge from our meeting today was the developer ecosystem. It’s worth noting the OS will support Web (HTML5) and native apps, and will include Facebook, Twitter, Google Maps, Gmail, and Spotify to begin with.

There’s also a mobile SDK which “does most of the work for you”, serving up a “unique Ubuntu look and feel” which lets developers create apps from the code – this will be made available this week. “The average Android developer is already doing his work on Ubuntu machines,” says Shuttleworth.

“We expect Ubuntu to be popular in the enterprise market, enabling customers to provision a single secure device for all PC, thin client and phone functions,” says Jane Silber, CEO of Canonical. “Ubuntu is already the most widely used Linux enterprise desktop, with customers in a wide range of sectors focused on security, cost and manageability. We also see an opportunity in basic smartphones that are used for the phone, SMS, web and email, where Ubuntu outperforms thanks to its native core apps and stylish presentation.”

Shuttleworth says they’re vying for two core mobile segments – the high-end “superphone”, and the entry-level basic smartphone, geared towards helping operators grow the use of data amongst consumers who typically use only the phone and messaging, but who may also embrace the use of Web and email on their phone.

Essentially, Ubuntu offers customisation options for partner apps, content and services – operators and OEMs can add their own branded offerings. And with Canonical’s personal cloud service, Ubuntu One, it will also be able to provide storage and media services, file-sharing and a secure transaction service which enables its partners to integrate their own service offerings.

So, by bringing Ubuntu into the smartphone era, Canonical is making a real push for its own slice of the mobile pie. “We are defining a new era of convergence in technology, with one unified operating system that underpins cloud computing, data centers, PCs and consumer electronics,” says Shuttleworth.

Ubuntu is currently the number three desktop operating system with 20,000,000 users, notching up 30,000 downloads per day on Windows machines. Interestingly, Shuttleworth says Ubuntu now has as many desktop users today as Apple had in 2008.

As we reported back in October, Canonical’s founder revealed that once the company had finalised the latest version of Ubuntu for desktop, the company was planning to focus on a longer-term goal of expanding to all computing platforms, which naturally meant that mobile phones and tablets were always likely to get a look-in.

As we noted at the time, Google’s Android operating system would be the obvious competition for Ubuntu, with the conflict of interest from Google’s Motorola purchase giving some of its Android partners cause to look for alternative options. Shuttleworth explained at the time:

OEMs have tough choices. They can build their own operating system, such as what HP did for a while with webOS or work in a consortium. Consortiums can’t win. They can’t take a forceful, direct view with their products. The smartest OEM strategy is to play people off against each other. Thus, some OEMs want to have Ubuntu as a disruptive element. A strong Ubuntu can be both more co-operative with OEMs than a larger company and give them leverage with Google and Microsoft.

While Ubuntu isn’t really a big-name brand in the mainstream, the company behind it has been in discussion with partners — such as chipset manufacturer ARM — for almost two years already. And back in November we noted that the time is right for an open source Ubuntu tablet operating system. Whether Ubuntu can steal significant market share from the incumbents, with the mighty Microsoft also trying to regain ground from Apple and Google, remains to be seen.

Read next: Microsoft posts a countdown clock to E3, sparking speculation that the next Xbox is a mere 159 days away