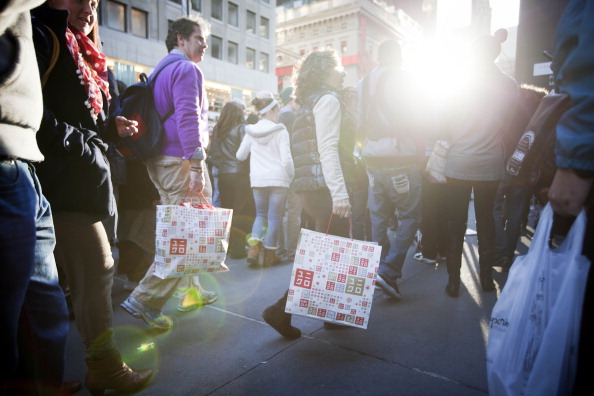 Online shopping has really affected the way people buy things. If you look at the effect e-commerce stores have had on Thanksgiving and on Black Friday, you’ll find that $1 billion went to sites like Amazon and other online retail stores — something that greatly affects traditional brick and mortar businesses. It’s apparent that there’s a need to find a way to merge technology with physical locations in order to ensure that companies are prosperous and modern.

A virtual loyalty card for businesses

Elephanti is the latest service on the market that claims to not only help discover shops, but will let you do smarter shopping. Basically, it’s a mobile application for your iPhone and Android device that’s like a loyalty reward card meeting Foursquare. When a consumer downloads and uses the service, what they will find are stores that are specifically partnered with Elephanti and have guaranteed discounts available to only users of the app — it could be at a minimum of 2% off the purchase.

We spoke with the founder and CEO, Lalin Jinasena about Elephanti and he says that he’s always seen a gap in social media where people mostly connect with friends and professionals, but there are companies also trying to engage with people that aren’t succeeding. Why? “People don’t want to follow all these brands,” Jinasena says.

His background of owning hotels, retail stores, cafes and restaurants around the world is said to have given him some perspective on how to build a service where consumers can go to find out about brands, places, and businesses that they like while also allowing both parties to be connected and rewarded.

Businesses who participate in the service are those who seek to find new ways to bring customers into their brick and mortar stores. Jinasena says that it’s a powerful tool that isn’t about one-time deals that you might see around holidays, but everyday — in fact, it’s supposed to help build relationships so that both the business and the customer get the benefit out of it.

Merchants can sign up for free and will be able to manage their presence through a web dashboard interface to update their profile, add products, post their discounts, etc.

Customers need only download the app onto their mobile device in order to follow their favorite merchants, search for interesting items, create a shopping list, and more. When they use the app, they will be able to look at stores nearby and see what they have. After deciding to enter a location, the customer can now check-in (the Foursquare tie-in). In doing so, not only will friends and followers know where the customer is, but the merchant’s system is notified that you’re there so representatives can provide more personalized service through its access to the purchase history, interests, etc.

Once the check-in has been made, the user can navigate through the store using a floor map that the merchant uploaded into the app — although this is controlled by the business and will most often be rough sketches — definitely not cool in terms of design (some may be pencil sketches, while others will be more elaborate — potential in lacking of consistency?), but functional to help users find where they want to go.

In the end, customers can rank a business through the app by the quality of its service. Reviews can also be left for others to read and the system was created by Elephanti — it doesn’t leverage anything from Yelp, Foursquare, or any other similar service.

The ability to create a list of favorite businesses is also included for customers to exploit. Up to 20 retailers can be added to the list that basically functions like a bookmark so customers can reference it later without needing to “follow” the business.

For retail stores with multiple locations, Elephanti has a platform that will allow it to have one account to manage all stores and can have updates put out depending on city, state, region, etc, all with the click of a button.

Will it make any money?

Jinasena tells us that merchants and customers will not be charged to use the app, but it will rely on advertising to help monetize the product. But it’s not your traditional ad model that will be incorporated — businesses will pay Elephanti to have ads that are targeted to the service’s users based on specific interests listed in their profile, similar to Facebook Advertising. It’s not on a cost per click or impression basis — businesses will find that they’re only charged when the customer actually checks into the store.

Elephanti’s service isn’t really all that new to the marketplace — there are many others who are looking to help people discover stores and build engagement. It finds itself in a circumstance where it will be contending with services like Yelp, Foursquare, and many other location-based services, many who could step in to rival its offering.

Yes, Elephanti does offer specific and guaranteed discounts, but Foursquare has also been doing that with each check-in and with big retailers and services like Starwood Hotels, American Express, Walgreens, etc. However, with Elephanti, there is less noise for users to deal with though — they’re only going to view participating merchants with deals and product info — it’s not about the check-in. Whatever the differences, it will be interesting to see Elephanti’s growth to becoming relevant to consumers.

As you’re giving some personal data to Elephanti, one of the things people might be concerned about is their privacy — especially as it relates to giving merchants access to your information. By checking into a location, customers are giving merchants access to look at who’s in their store, what their shopping history and interests are, and probably much more. Jinasena says that customers can simply turn off the check-in feature, but by doing so, they might miss out on “top service from merchants who know that you’re there”.

The app is available now for iPhone and Android devices. There are over 1,600 merchants participating from Singapore, San Francisco, New York, and other places in the United States.

Read next: The valley vs. the rest: The state of the venture capital industry