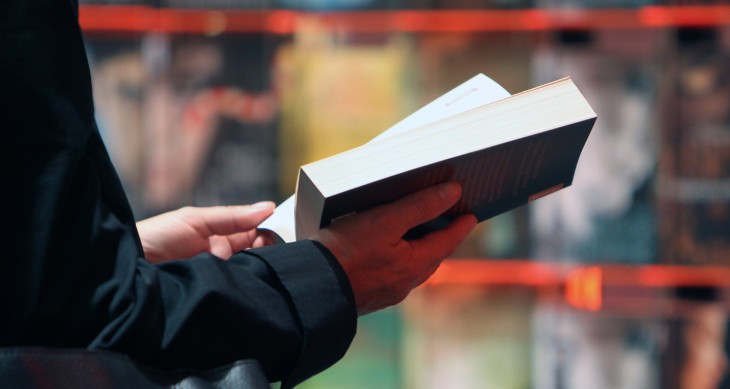 Catching up with culture has become a little easier with the release of 60secondreviews.

The service gives subscribers access to a website and iOS apps with weekly reviews of movies, books, restaurants and wine in one minute videos.

The format of short videos is a neat way to catch up and consider things you might like to try in idle moments when you’re likely to pick up your smartphone for something to do.

The reviews are provided by a likeable bunch of journalists and it’s all presented in nice quality footage filmed in fitting locations.

Founder and Managing Director Euan MacDonald told The Next Web that the new media application came from old media roots.

“The idea came about from a conversation with our movie reviewer Nick Duncalf. He reviewed for BBC Radio 5 Live, but couldn’t uproot his family to BBC Salford’s media city. I realised his value came in seeing content before anyone else did. We then discussed how there was a need for credible voices; a start point for conversations and sharing media, and had this confirmed with a couple of focus groups. However a lot of credible content isn’t ideal for online or mobile use, so we started to explore the 60 second format and found that it was more than enough time to convey personality, opinion and information.”

MacDonald makes a good point about credibility. There are many review sites that are crowdsourced and although popularity can be measured in this way, finding a trusted voice that you agree with is a different matter. It does come down to how much you trust a reviewer to set you on the right track. “We encourage a mix of fact and opinion so we can offer the information of a reference site, and the entertainment of a columnist,” says MacDonald.

The team was mostly formed through existing connections. MacDonald says that he wanted people who were happy in front of the camera and brought some personality to the video clips. He says that existing media connections helped along the way but there were also existing voices that proved to work well for a broader audience.

“Nick’s contacts at the BBC opened some doors. Then there was someone like Henry Butler (our wine man) – he’s well known in the industry but not to consumers, and frankly is incredible in front of camera, with no formal training or experience,” he says. “Henry has all the knowledge in his head, and it just spills out of him, shrouded in innuendo and humour so anyone can start to get excited about wine.”

Checking out the site, you can grab a short free trial to see if it suits you and then there is an annual subscription for the reviews. Users can choose which theme they prefer, so if you like wine but not reading, you might choose one over the other.

Each topic subscription costs £4.99 per year. MacDonald says that the price is similar to one month’s magazine for 12 months of content. “It makes us very competitively priced against apps that publish wine guides etc. It also means we can make money with relatively small take up. We thought about advertising but people didn’t want it. We are chasing an audience who will spend £8-£15 on a bottle of wine, or £100 for dinner for two and they told us they would pay for something that pointed them in the right direction. The idea of subscription commerce is swimming against the tide, but it feels right for this product; our independence is one of our USPs.”

The quality of the film clips and presentation is pretty impressive, but MacDonald says that the price of getting the material together is not as much as you might think. “High cost is the myth about video that keeps traditional publishers of content from making their own; Canon 5D and 7D cameras have changed the market, as have tools like Final Cut Pro. However, you need a bit of horse-sense and experience to know what works; too much professional video content online is trying to look like TV and it falls short. We have worked hard on making something simple: personal in tone, nice to look at, and addictive to watch. “Addictive” is the word most used in our feedback survey.”

The navigation is also pretty slick. It’s simple to use and the details like star ratings and overview can be managed at a glance if you are really pressed for time and can’t watch the 60 second videos.

The reviews are a mix of pre and post release. “Alex Heminsley has books to review prior to release, but we only work to a calendar around titles people are waiting for, books like the new Ian Rankin. Otherwise the Books category works well as an archive for the user to dip into,” MacDonald says.

“All movies are seen at preview screenings so our reviews can be posted approximately four days prior to UK release. We have some titles reviewed and edited weeks before release, but at the moment we release the review when its useful to the user – when they can imminently go out and see the film.”

The business was funded by four undisclosed angel investors and matched by cash from the team. At the moment, the app is available for iOS only but fingers crossed an Android application might arrive to suit a wider audience.

MacDonald says that more topics will arrive in due course. “People are already calling for theatre reviews. We have approached a dynamite father-daughter review team with an unbeatable theatrical heritage and we had identified another five strands for release in year two which we will start work on in January. We’re also looking at bundle packages; like a food and drink package, and specials like say, wines of Spain which users will be able to buy for small one-off charges.”

With many people considering a smartphone for Christmas, releasing a new app where consumers can make use of video and think about other things they might like to do, is not a bad pitch.

For those who like trusted advice and prefer a mobile option but don’t need a three page essay and break down of the pros and cons, 60second reviews might be just the ticket to an archive of entertaining information.