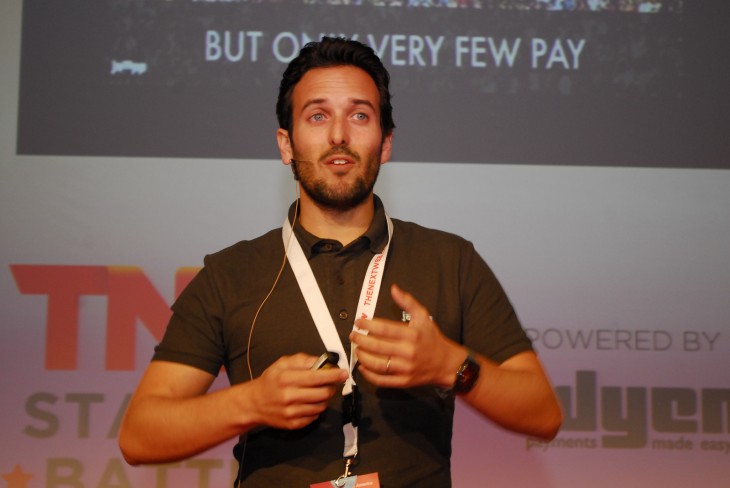 Daily app recommendation tool for iOS AppDiaria has reached the App Store’s top 10 ranking in over 7 countries in Latin America, its parent company Jampp announced today. As you may know, AppDiaria’s name means ‘Daily App’ in both Spanish and Portuguese.

The mobile app advertising network had announced its latest app on stage at TNW Conference Latin America last August (watch the video here). At the time, Jampp’s founder Diego Meller explained that AppDiaria would select and showcase one free app per day, in a bet to help developers get traction.

On the other hand, it now lets end users discover new content, which they can install and share with their friends to earn points that they will be able to trade in the future.

“We are in an app environment in which it is very hard for app developers to get their apps discovered but also for users to find apps they like; with AppDiaria, we are trying to solve this problem for both parties,” Meller said.

AppDiaria went live in mid-September, and has been downloaded over 150,000 times since then. Its recommendations have reportedly driven over 300,000 installs for third-party apps.

Beyond the milestone they represent for Jampp, Meller is convinced that these figures illustrate the state of the mobile app market, starting with the need to boost app discovery. “There are over 1.5 million apps between Android and iOS but only 10 % of these generate 90% of the installs,” he points out.

Although other startups such as Kinetik and Overlapps are trying to answer this demand, it is noteworthy that AppDiaria has managed to gain traction across several Latin American countries in a few weeks. As a matter of fact, this is unfortunately not very common for locally-made apps (AppDiaria was created out of Jampp’s headquarters in Buenos Aires, Argentina.)

While AppDiaria is only available for iOS at the moment, Jampp also promised that it will be released on Android before the end of the year.