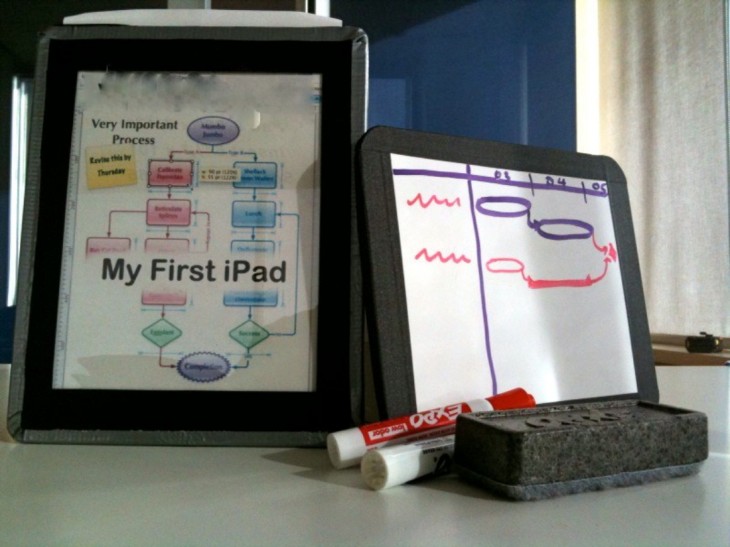 Given that there are more than 1.1 million apps available for smartphones, and more than 700,000 apps available in Apple’s App Store alone, it’s likely that whatever a consumer is looking to do, there’s an app for that.

But what does it take to actually make an app?

The Omni Group, makers of popular apps like OmniFocus and OmniOutliner (among others), offered The Next Web a behind-the-scenes look at how they create premium apps. The Omni Group took on the challenge of building all of its apps for the iPad almost as soon as the device was announced, and that was the beginning of a great deal of change for the company and how they build its software. But it wasn’t exactly the first time the company was dealing with change.

Ken Case remembered what it was like back when The Omni Group got started – first developing on the NeXT platform. But back then Apple was in a far different position than it is today.

Shifting to Apple from NeXT was just the first foray The Omni Group would have into a new platform. When the iPad first launched, The Omni Group decided to launch efforts to convert all of its apps to the platform. The move to the iPad was not only going to be a change for the apps involved, but for the users as well. The idea that a new platform could entice new users was appealing, but it also brought on new problems that needed to be looked at from a user experience perspective.

Van Hecke went on to explain that being “forced” to do this not only helped them design for new platforms like the iPad, but it also inspired them to go back to the Mac to see what they could make better. And that’s what The Omni Group is doing.

Knowing that they were designing for a platform that was going to be used by people outside of the Mac platform it had built its applications for up until this point created a whole new challenge for The Omni Group team.

“I think the huge part of it was that we had to throw away a bunch of assumptions that a user environment is when using software,” Van Hecke explained. He says that even when people started to move from desktops to notebooks that designers didn’t necessarily keep in mind where the user would be working (on a plane, on a bus, in a coffee shop, etc.), but when the touch screen came along there was really no choice but to think about that from a design standpoint.

“How is this experience going to work when you’re holding onto it with one hand because your other hand is on the railing while on the train? Maybe you’re eating a sandwich, or giving the proverbial pitch inside an elevator,” Van Hecke said. “Immediately we started to think about all the cool and fancy gestures that we could come up with for the platform – and then we had to reel that in when we realized that there were only a few gestures that you could really rely on that people would be able to use most frequently in most situations.”

What was really interesting to me was how clear Van Hecke was as to why certain things shouldn’t be done with the iOS platform. It wasn’t that they couldn’t be done – many of those innovations could – but that the “big picture” view of things made doing them more problematic than anything else. Van Hecke went on to explain that with the explosion of audience, you can’t assume that they would know all of the paradigms, keyboard shortcuts, and similar things that a long-time Mac user would. For example, if you look at an app like OmniFocus, each version can act as a standalone app if need be. And that was by design.

“That was a huge conscious decision on our part,” Van Hecke admitted. “We wanted to make sure that if you hadn’t touched the Mac version of OmniFocus before, you could still get things done with just the iPad or iPhone version.”

When asked how many hours it takes to just get to the point where coding is about to begin, Van Hecke began to chuckle.

“Our designers are quite excitable,” Van Hecke said as the chuckling subsided. “We do tend to take a pretty design-oriented approach in the sense that the day the iPad was announced we started wireframing and sketching.”

He described how screencaps of the various views of how iWork looked were put on display for the team to take a look at so they could start the building process. In the end, in less than a week they had early prototypes of the first apps they were going to bring to the platform, Omni Graph Sketcher and OmniGraffle.

So essentially, while our team at The Next Web are watching Apple keynotes and working to bring our audience quality stories as quickly as we can, developers at The Omni Group are watching them and working to design its audience quality products as quickly as they can. The team keeps the conversation going throughout – they have meetings with each other that are what Van Hecke called “cross-functional” in that the different teams and individuals are discussing everything about what is current and what might come to pass in terms of device design. When the iPhone 5 was announced, The Omni Group was as prepared as it could be.

“We didn’t necessarily go ahead and design for the new rumored resolution,” Van Hecke explained, “But we did have in the back of our minds what it would mean for OmniFocus for iPhone. For example, what are all the screens that we need to take into consideration. Then as soon as we got the announcement that confirmed it, we jumped right on it.”

That kind of uncertainty can be taxing on a team – even one that is the size of The Omni Group. But it’s only become more of an issue in recent years as “there always seems to be some imposed Apple deadline looming” that developers need to bear in mind.

“It does seem that we have less time to breathe than we used to.”

And while Ken Case is the CEO of The Omni Group, when the team was furiously working to move its apps to the iPad platform he put his coding hat on and got to work.

“When that iPad announcement happened, I said, ‘Here’s the plan from Ken the CEO’,” Case recalled. “And then I told them that Ken the CEO was going on vacation and Ken the Engineer would be working in his office instead.” Case went on to say that he was programming around the clock (along with everyone else), he canceled any meetings that were on his schedule, actually focused along with his team on getting the app releases out on day one. During that time he said he was working over 80 hours a week, as opposed to his usual 60 or 70.

“I’m a bit of a workaholic,” he admitted, laughing.

When asked what new up-and-coming developers needed to have in their arsenal when starting out today, Van Hecke had some suggestions.

“There’s a big difference between being a great graphic designer and being a really standards-compliant software designer. You can be a fantastic graphic designer and make the most gorgeous, realistic looking interface of all time that nobody in the world has any idea how to use. On the other hand, you can just throw some Xcode up on a storyboard and have absolutely nothing that differentiates you from anything else out there. It’s something that you definitely need to absorb from using really well-regarded apps… like Tweetbot, for example. I think those guys (Tapbots) really do a great job of walking the fine line in between of looking unique, looking distinctive, and having their own custom experience and yet behaving like something people are used to using.”

As for which one of The Omni Group’s apps that Van Hecke feels took the longest to get “right”, Van Hecke offered up his take without hesitation.

“I would say OmniFocus for iPad because we knew we had learned so much from going through the process of going through the beta on the Mac, and everything we had learned since (OmniFocus) 1.0. Unlike Omni Graph Sketcher or OmniGraffle, it’s not this canvas-based app where the data looks the same no matter what platform it’s on. Your OmniFocus database looks very different from the Mac to the iPad to the iPhone because all those platforms have their own ways of presenting lists, hierarchy, and so on.”

“We really, really wanted to embrace that opportunity to get right and to re-imagine what OmniFocus is about. So up until the last week before we thought we were ready to ship, I was freaking out thinking that ‘this is never going to be good enough’. And everything fell into place. It ended up being the thing that we built that we were the most proud of, I would say.”

As for what iPad app Case said was the one that took the longest to get “right”, he had another one of The Omni Group offerings in mind.

“I’d say OmniOutliner,” he replied after far more hesitation than Van Hecke. “That was such a big challenge because you have a small amount of screen real estate available and people tend to create these outlines that can get really complex – any interactions need to be pretty rich. But you don’t want the app to feel complex. Once we figured out how to solve that, it felt really good.”

The conversation didn’t end with Ken there, as we talked more about apps like OmniPlan and the order in which they tackled each of the apps they converted. With every app discussed, his enthusiasm never diminished, leading me to further conclude that one of the other keys to build an app goes beyond the architecture, beyond the design, and beyond the code.

It begins and ends with a passion for what you’re building. Having that in your arsenal is pretty important, and the team at The Omni Group have it in spades… and it shows in the results.

Read next: Facebook teams up with ChildLine to suppress intimidation and abuse with new 'Step Up: Stop Bullying' campaign