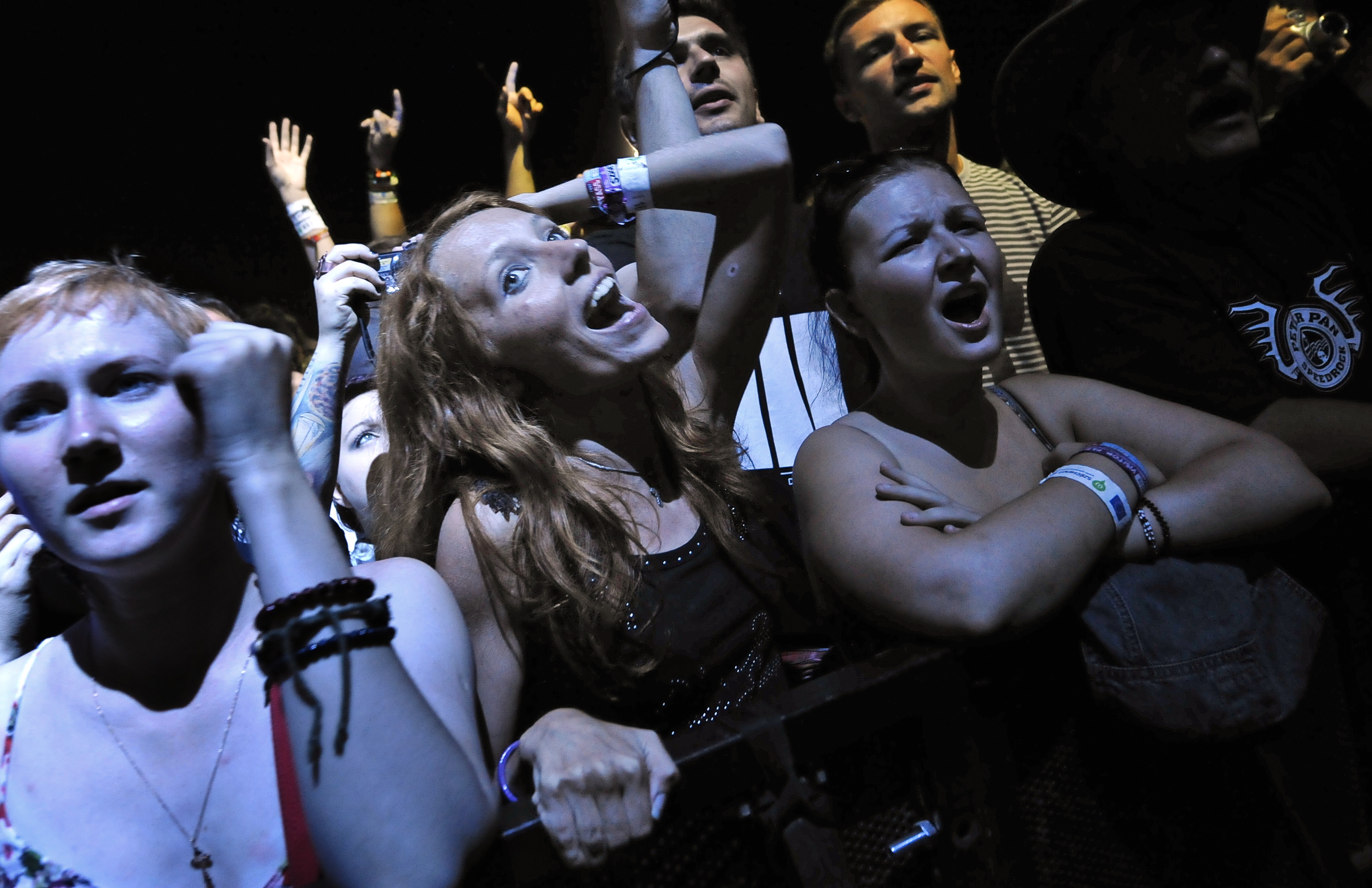 BAMM.tv’s app consists of a virtual live music venue through which music fans can wander. To discover new artists, all they have to do is to walk into the virtual Auditorium, click on the boom-box or press the TV button to play HD performance videos.

To add some fun to the experience, they can also click on BAMM.tv’s set of characters – and earn points for each interaction, as BAMM.tv closed a partnership with Badgeville. Other gamification features include the option to earn rewards for creating playlists and sharing content on Facebook.

As for the music showcased in the app, it is usually the work of up-and-coming artists. As a matter of fact, BAMM.tv made the decision not license content from major labels. Instead, it gets a global license to make its indie music catalogue available anywhere.

BAMM.tv’s curated catalogue covers different music genres, from latino music to rock and hip-hop. To please the nostalgics, it is displayed in ways that remind of old music formats, such as mixtapes.

While this app is BAMM.tv’s first consumer-facing venture, the company has already been operating in the B2B space. Headquartered in San Francisco with offices in London, it currently boasts 12 distribution partnerships, including ones with Samsung and Mozilla, which are aimed at bringing fresh music and videos to the Web, mobile devices and television.

As for the iPad app, it is free for the end user, but monetized through advertising which is integrated into its virtual experience. More importantly, BAMM.tv insists that net profits are split 50/50 with musicians; every month, users will vote for their favorite artist, who will receive a recurring $1,000 cash prize.

According to BAMM.tv’s CEO and co-founder, Chris Hansen, this approach was inspired by the founders’ own background:

“We began the business because of our experiences as musicians who had to deal with an incredibly challenging environment in the music industry. We set out to prove that there’s a better way to do things, that there is a huge opportunity in creating straightforward and transparent agreements with independent artists that bypass the major label system. Our iPad app is BAMM.tv’s introduction to music fans, as well as an expression of our fundamentally different approach to the business of music.”

Revenue share aside, BAMM.tv hopes that it will offer artists a new and efficient way to engage with their audience, its president and co-founder Nick Hansen explains:

“The app is a real innovation in user experience and is unrivaled in its ability to communicate knowledge about the bands without breaking the user’s experience.”

In practical terms, users can learn about the bands by reading bios and interviews, engage with the musicians using social media, view tour schedules and purchase tickets to upcoming shows. In an industry that is currently trying to reinvent itself, this could well be the most interesting aspect of BAMM.tv.