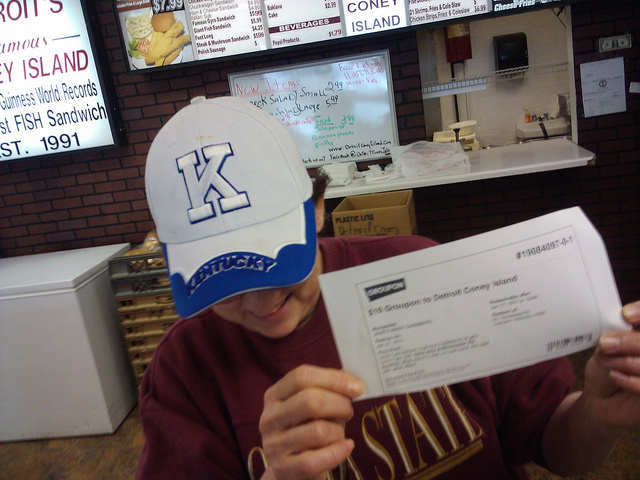 Today, Groupon has launched version 2 of its iOS app, which is full of a bunch of new features as well as a new design.

The app now has a different “carousel” style navigation that will help you find new deals easier. The pictures in the app are also larger and better quality, to entice you to drop your money on a deal.

Additionally, and the most interesting part, Groupon has launched “Groupon Rewards”, its merchant loyalty program. The company says that its available in 31 cities starting today.

The loyalty program game is heating up, with foursquare becoming closer and closer to merchants and venues as the days go by.

Read next: Amazon to hold press conference on September 6th in Santa Monica, Kindle Fire 2 or Phone are our bets