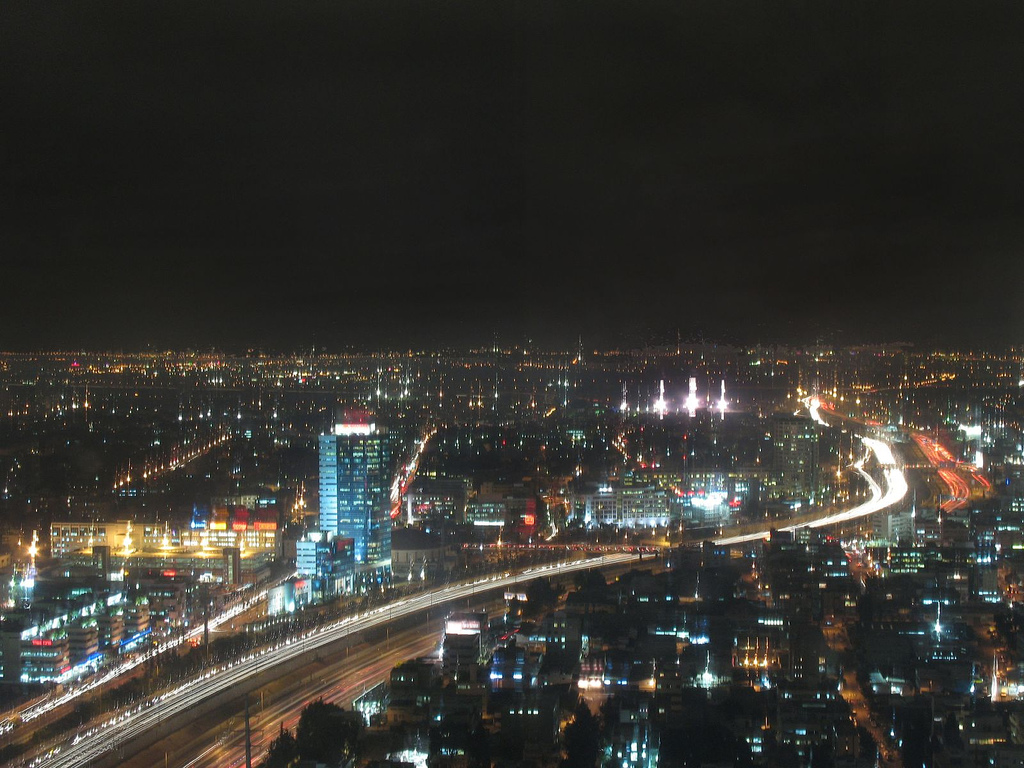 Video discovery platform Vodio has updated its iOS app to make it available on iPhones, the Israeli startup Vodio Labs announced today. In addition, the new version is also an upgrade for iPad owners.

As we reported when we first reviewed Vodio’s iPad app when it launched last January, it can be described as a ‘Flipboard for videos.’ Thanks to its free app, users can browse videos from different sources in one place. According to the startup, its users have watched a quarter of a million hours of video and generated over two million video plays since its launch.

Users can follow pre-built thematic channels, they can also connect Vodio with their social networks, and the app will aggregate videos shared by their friends for easy browsing. Yet, it is worth noting that sharing is optional, and turned off by default. 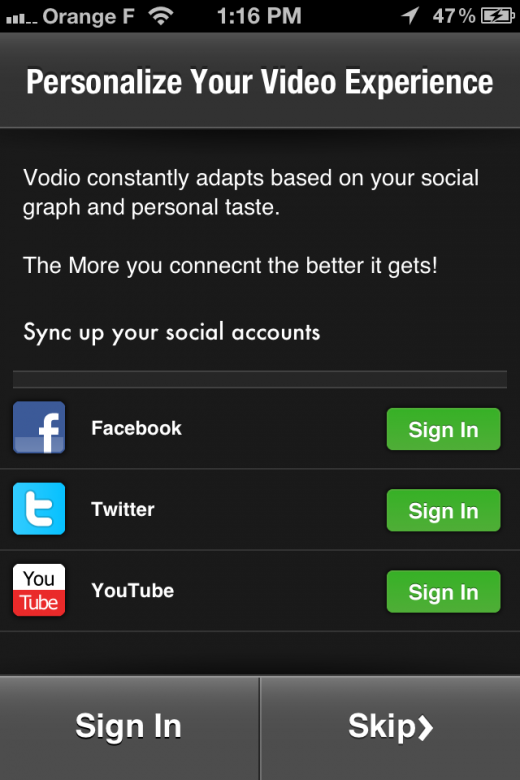 While the new app shares many characteristics with the previous iPad version, it also includes new features such as ‘Highlights’, which the company describes as Vodio’s equivalent of Flipboard’s Cover Stories. In practical terms, this new channel helps users find relevant content across all their channels, feeds and interests, by pulling all the videos that Vodio’s algorithm predicts they will enjoy. 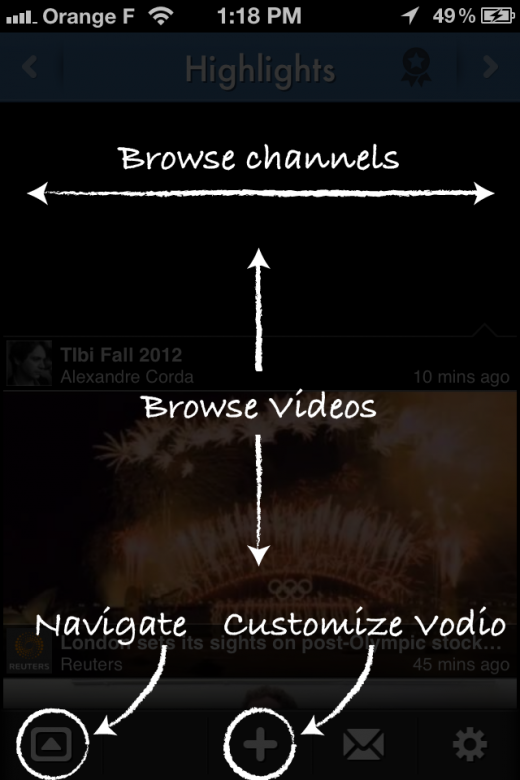 As for the new interface, it is very intuitive, although users can also prompt for a help menu to find navigation shortcuts if they forget details of the initial tutorial.

The UI also makes the most of Apple’s touch features – at any point, users can swipe right or left to move to new channels of videos, or scroll vertically through the videos available, Vodio explains.

According to Vodio’s CEO Jonathan Messika, the company’s goal is “to provide the best video watching experience possible on any mobile, touch-based device.” Here’s how Vodio’s player looks like on the iPhone:

As you can see in the above screenshot, users can easily share, like or dislike a video while watching. Overall, the experience is very pleasant, and it is quite tempting to watch hours of video in a row.

➤ Vodio, via the App Store