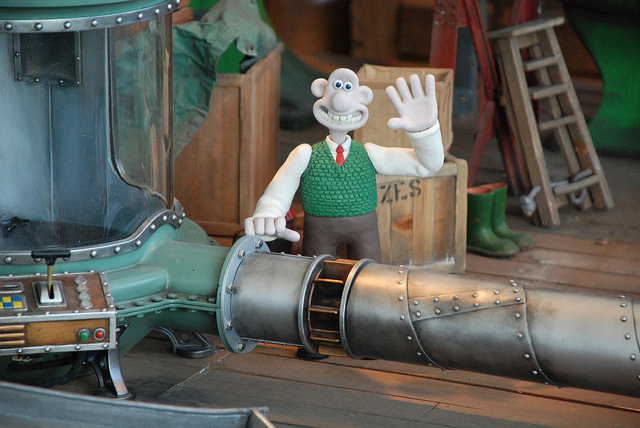 Beloved British studio Aardman has launched a new iOS app called Animate It that lets anyone create their own stop-motion animations on the go.

While Aardman is best known for Wallace & Gromit outside of the UK, the app brings back another of its cult heroes: clay character Morph, which also stars in the intro video the studio released today:

Not only is this a very cute video, but it is also a good example of what you could do with Animate It, as Aardman used its own app to create their trailer.

The app is a mobile version of Aardman’s piece of software Animate It, which the studio developed in partnership with Kudlian Software, following the launch of its dedicated website and Facebook page last March.

Animate It app is compatible with iPhones, recent iPods Touch and camera-equipped iPads. Using the app is quite simple: all you have to do is to take pictures and adjust time lapse, playback speed and frame aspect. You can then export your creation in several formats, including HD.

Read next: CVTrust wants to make it so you can't lie about your education on your resume