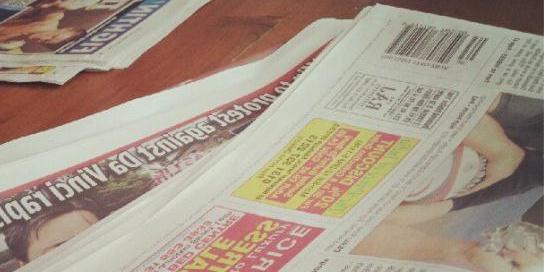 Back in April we reported on a Web app called Top 5 News, a product of Benji Lanyado, who had been working on this little ditty as a side-project to his main role as a Web producer at Guardian Travel, alongside developer Matt Andrews. Top 5 News launched as a UK portal in March, and was followed by the US version.

The premise behind Top 5 News is simple. It monitors the top 5 most popular news stories across a range of the most popular online news hubs. In the UK this includes The BBC, The Guardian and The Telegraph, whilst the US conduit reels in The New York Times, Wall Street Journal, CNN and others.

Now, Lanyado has launched another little side project, which goes by the name of The Reddit Edit.

As its name suggests, The Reddit Edit reels in the top news tidbits, as shared by the good people that use Reddit.

Founded in 2005 by Steve Huffman and Alexis Ohanian, Reddit has become one of the most recognizable social news brands on the Web.

As for The Reddit Edit, well, it pulls the three most popular links from six different Subreddits using the Reddit API – World News, Politics, Technology, Science, Reddit Front and Pics. That’s it really.

So if you want a very simple way to drown out the noise and just see what’s hot on Reddit, then this Web app could be for you. “It’s also an attempt to make Reddit pretty,” adds Lanyado.

Read next: Google finds its UK Street View data and the UK information commissioner would like a closer look