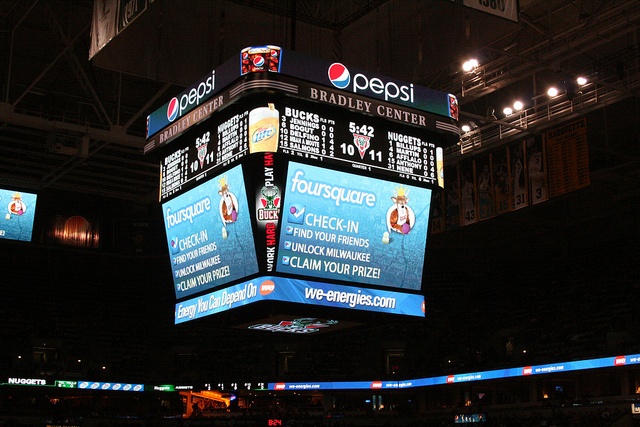 This week, foursquare announced a new feature called “Local Updates” that allow businesses to interact with foursquare users from within the friends tab of the app from venues that you frequent. Today, the popular social service is taking this concept to the next level with “Promoted Updates” that will appear within the Explore tab, which has seen double the usage in the past month.

Foursquare has to be one of the busiest tech companies as of late, iterating its app quickly, and adding more value for venues that rely on the service to bring in new business.

The company is taking all of the information that it knows about you and turning them into signals for its 23 Promoted Updates launch partners. When I talked to Noah Weiss, foursquare product manager, he called this new feature “Google AdWords for the real world.”

When you use foursquare’s Explore section, you’re given recommendations on places to go based on your current location and things that you and your friends have done and liked in the past. If you’re in an area where one of the launch companies has a store, you will be shown an update, similar to the ones launched this week, which are labeled as “Promoted.”

These features are absolutely the “next level” for foursquare as a business, as it could be a way to bring in pretty decent revenue. Businesses have been asking the company for more ways to interact with their most loyal customers, as well as bring new folks through the doors.

Weiss tells me that these merchants were hand-picked and they’ll be able to use the promoted update feature to share information about their store or offer up deals that might entice you to stop on by.

Along with all of your check-in data, likes, lists and tips, foursquare takes the time of day and your friends tastes into account before making a recommendation for you. Weiss whimsically referred to it as “magic.”

Once foursquare learns how its users react to these promos, it will eventually offer businesses self-service tools so that they can create their own. Right now this is a controlled rollout, but the one million plus merchants that use foursquare will have their chance soon enough.

Read next: Fantastical 1.3.2 update with Retina, Mountain Lion support on sale for $9.99