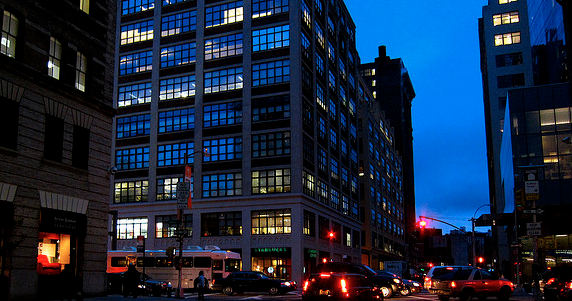 For the first time since its creation, GroupMe is expanding far beyond messaging by diving head first into payments and event discovery. The company, which was acquired by Skype nearly a year ago, is launching a new service called “Experiences,” which the GroupMe says is “the easiest way to do something awesome with your friends.”

Launching to select users in New York today, GroupMe hopes that Experiences will become the go-to place for groups to discover, plan, and pay for the amazing group experiences. From what we’ve been told, it looks like it should flow well with GroupMe’s existing service, but still feels a bit surprising.

The event planning side of the new service feels the most natural. As far as the event discovery aspect goes, this is where things get interesting: GroupMe will “offer cool local group packages such as VIP tickets to SummerStage with a bonus cocktail hour… or dinner at the chef’s table at Le Cirque.” That seems to place this service into a full circle Groupon specifically for groups (the Web view even looks a bit like Groupon, as you can see below).

Beyond that, the payments feature actually seems to be the most enticing. Anyone that’s been to a group event will know that splitting the bill is a nightmare every time. So, although restaurants will need to be willing to somehow connect with GroupMe’s payment system, the prospect of seamlessly checking out at the end of the night could make the whole thing worth it.

Right now, unless you’re already a GroupMe user in NY, you’ll have to wait to get into the service. Until then, we’ll keep our eyes and ears open for its expansion, and these screenshots will have to do:

What do you think? Would you use “Experiences,” or is it too idealistic?

Read next: Why Ouya's $99 gaming console faces challenges in its attempt to challenge the status quo