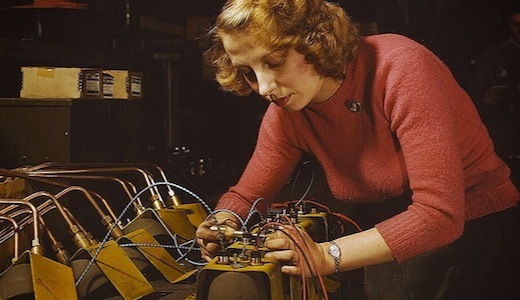 WorkFu, the handsome site that taps your existing social networks to find you the perfect job, has just announced new ‘following’ and ‘connections’ features that expand on top of the existing connections you’ve already made. In addition to this, the site has also added more networks into its signup process, including Facebook and Google+.

Beyond face value, WorkFu hopes that bringing in following and connections will enable them to present this data to you in clever new ways, adding much more value to the FU score, which automatically ranks your technical and social compatibility with jobs.

Looking ahead, WorkFu is taking all this data and turning into what it calls the “Influence Graph.” Co-founder Mike Kus told TNW about the company’s plans (bold by TNW):

Following the launch of these new networking tools, we have a number of plans to enrich our profiles, first of which is to bring in the ‘influence graph’. The ‘influence graph’ will be formed form the data collected by the ‘following’ and ‘connection’ activity within WorkFu. So, when a user follows another user, not only do they become a new follower, they contribute to that user’s ‘influence graph’.

Because we already understand a lot about our users in a professional context, we can tell you what sort of people are following you and where their professional expertise lies. Using this following data we can determine a user’s ‘professional influence’

We believe a user’s ‘Influence graph’ will bring an important insight for both talent and opportunity posters. We will also be leveraging these features to add more value and context to our user experience. Our aim is for WorkFu to be the platform at the heart of your working life.

Since launch, WorkFu’s claim to fame has included its elegant UX and UI design and the purpose-driven FU score. Early on, the site offered an easy way to discover socially compatible jobs, and today it is growing into a full-featured network. What will be most interesting, however, is the data that will soon surface post launch.

It may just be that we’re easily teased, but this team, like the similarly seductive “Wander,” is on to something in the way it has evolved publicly since a pre-release back in January. As we wrote before, this site has tons of potential to overtake the old giants in this space, especially within the creative industry niche. Give it a look via the link below.