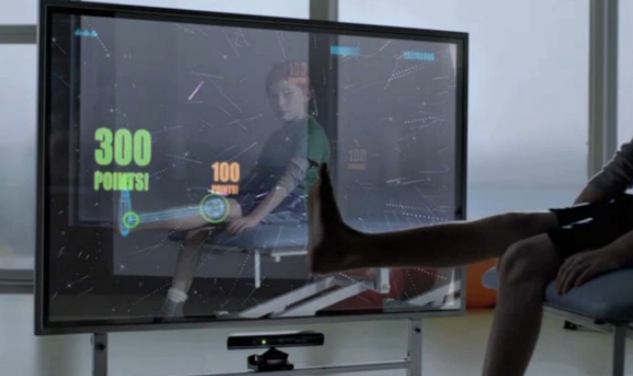 A few weeks ago when I was at the GLUE Conference, I talked with a guy named Tom Chikoore. He’s a serial entrepreneur, founder of Filtrbox (sold to Jive Software) and a TechStars alum. His current company, Motion Nexus, is aiming to make the Kinect an integral part of our lives away from our Xbox. Today, the company is launching in a private beta, so it’s time to tell you what they’re up to.

Since the release of the Kinect and Microsoft’s SDK for the device, people have hacked together some pretty interesting projects. But the difficulty that we’ve seen so far is that you’d have to have a device capable of running the coded application, and that means developing for multiple platforms.

Motion Nexus is taking a different approach, placing a huge bet on cross-platform compatibility via the browser. Its SDK allows you to build apps, then host them on its service, making them available on any device with a compatible browser.

So far the company has built out a yoga-training application, as well as a Facebook game where you can challenge your friends to catch falling objects on the screen. Here’s a quick video to show you what I saw:

Motion Nexus is fighting its way into the platform-as-a-service (PaaS) space. Instead of having to worry about whether your app is going to run on a customer’s computer, all you have to do is make sure that they have a compatible browser. Right now, if the code is right, people can hook up a Kinect to their Windows tablet and use Motion Nexus to play games or complete challenges on the device.

The company’s products are split into two parts – a plugin and an SDK. But there are other features that are setting Motion Nexus apart from the pack. Most notably, developers of multiple applications can manage all of them in a browser screen right on the Motion Nexus developer portal. The company even handles all of the hosting, and provides data and analytics for apps using the platform.

The focus, according to Chikoore, is “to be the platform that powers the internet of physical activities”. Right now, that means Kinect, but Chikoore’s statement does leave the future plans open. The company is encouraging developers on its platform to integrate tightly with social, but to also expand into projects that they’d otherwise not have been able to complete.

We’ll be keeping a close eye on Motion Nexus in the coming months and we look forward to seeing what Kinect developers can do with the service.

Read next: The future of the web is infinite scrolling, and WordPress.com sites are getting it