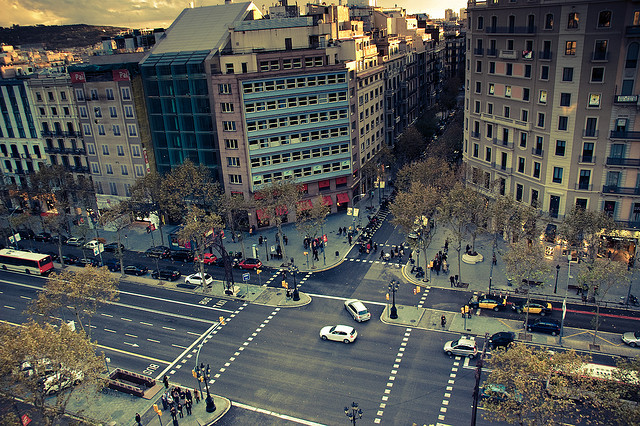 With over 600,000 apps of variable quality in the App Store, it has become quite hard to find what we are looking for. This is the problem the Barcelona-born platform Overlapps hopes to fix.

Launched in March and usually sold for €0.99, its iOS app will be free for the next few days, and we highly recommend you to give it a try. While there are other recommendation apps on the market, Overlapps’ tagline already shows its particular take: “Everybody needs an app to love.” In other words, this is not as much about practicality than it is about discovery and serendipity. 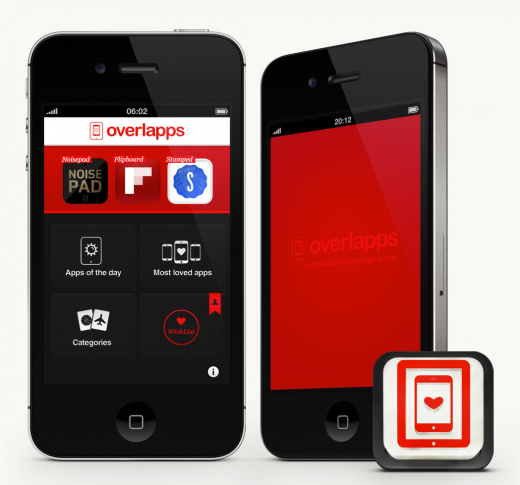 The app itself is gorgeous, which probably has to do with the background of its creator, Seville-born and Barcelona-based mobile and web designer Miguel Antolin. With the help of his sister, a video maker and a handful of programmers, he has created an interface which is both very easy and pleasant to browse.

Its main screen gives users the option to browse the curated ‘Apps of the day’ section, see the ‘most loved apps’ of all time, search for a specific category or access their personal wishlist.

As for the interface, it reminded us of Pinterest’s and Tumblr’s emphasis on visuals. For instance, the ‘Apps of the day’ section includes very little text, and the user’s decision to click or not is mostly driven by the apps’ icons themselves.

Despite this visual focus, text descriptions on each app are also easily accessible once the user decides to find out more about an app. For instance, users can see the app’s price before deciding to download it from the App Store or to add it to their personal wishlist.

Besides its iPhone app, Overlapps is also available as a web platform, which its team is currently redesigning. According to Antolin, the new version is due to launch in July, and will be more social, by giving users the option to create profiles and interact.

Over the next few months, Overlapps also hopes to develop its Magazine section, which is already quite interesting. For instance, its ‘6 Answers By…’ interviews series includes short conversions with key Internet personalities:

Here’s a short video presentation of the app:

➤  Overlapps, via the App Store

Read next: The interesting secret stories behind 10 Apple icons