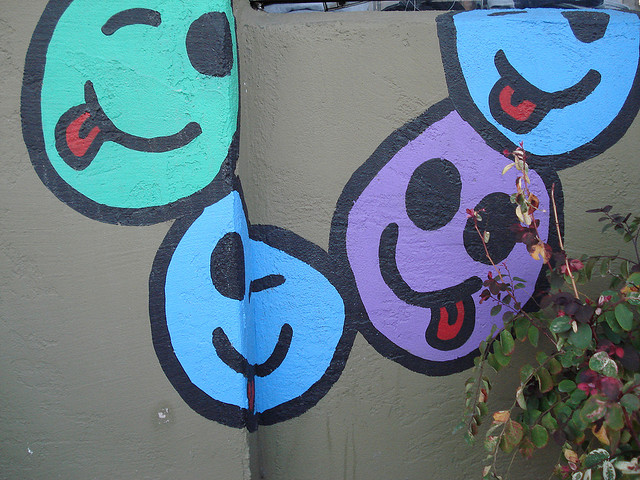 We see our fair share of social networking apps here at The Next Web and once in a while there’s a new player that stands out to us. Whether it be because it’s only for couples, or because it brings a Facebook-type experience to your mobile device and 150 closest friends, we take notice.

A new iOS app called Hmmm lets you dial in on exactly what you’re doing, and feeling at the time. Its status updates aren’t an open box, it actually wants you to think about everything going on around you. In that way, it’s a bit of a miniature version of Path.

Since you have to spend more time thinking about what you’re sharing with Hmmm, you’re not going to be sharing quite as much as you do on other social networking sites and apps.

The neat part is that you can share all of this content as different parts of your personalities, or avatars, as Hmmm refers to it. You can even share selectively on Facebook based on the lists of people that you put together using the app. Since Hmmm lets you have both a business side and a party side to you, I’m going to call this baby the “mullet of apps.”

Get down to the nitty gritty

When you fire up Hmmm, which is fun to say out loud but will confuse those who want to tell their friends about it, you’re asked to connect with your Facebook account and share your address book information to find your pals on the service. All of this is optional though if you want to go into using Hmmm completely from scratch.

You’re presented with a stream and the ability to share your thoughts as well:

As you can see, Hmmm wants more details about what you’re up to than most services. In what seems like a mad-libs layout of sorts, the app asks you to fill in specifics about how you’re feeling, what you’re doing, and where you are.

If you take a photo, you’re asked similar questions to give more context to what it is you’re sharing. The app is well-designed and even feels a little bit like Path in that you can choose an avatar and cover photo to share off to your friends.

You can even share music that you’re listening to along with those other smaller details that I mentioned: 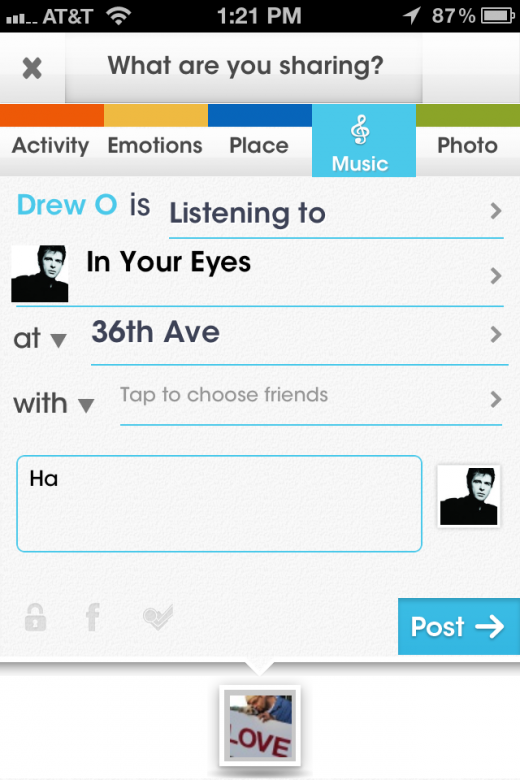 The app will even group your status updates together based on its contents, to give your followers an idea of your personality and interests. It’s definitely worth giving a shot if you’re looking for yet another way to tailor what you share to specific people you care about.

Read next: Hack'n Jill: A hackathon bent on changing the conversation about women in tech