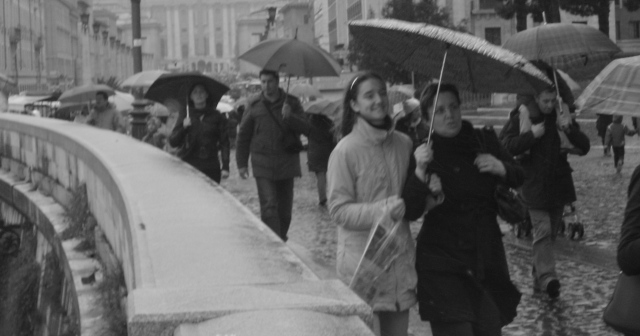 The Weather Channel has rolled out a new version of its iOS app which sees a massive interface overhaul and a number of key new features introduced.

Launched in the UK in July 2001, The Weather Channel constitutes a website and mobile app, and provides pretty comprehensive global weather information. The latest incarnation of its iOS app hit the App Store today, and brings a much cleaner design and layout to the table, as well as a slew of new features and tweaks.

When you first launch the app, it displays a current view of weather conditions outside. If it’s cloudy, this is what will be displayed:

The app also has a nice swipe feature taking you between the various locations saved on your handset, each with real-time imagery of the current conditions.

There’s now an expandable button which offers you more detailed weather data for each location, such as wind, humidity and UV Index, whilst it also gives you sunrise and sunset times too. Oh, and everything has to have a social element to it these days, right? Right. 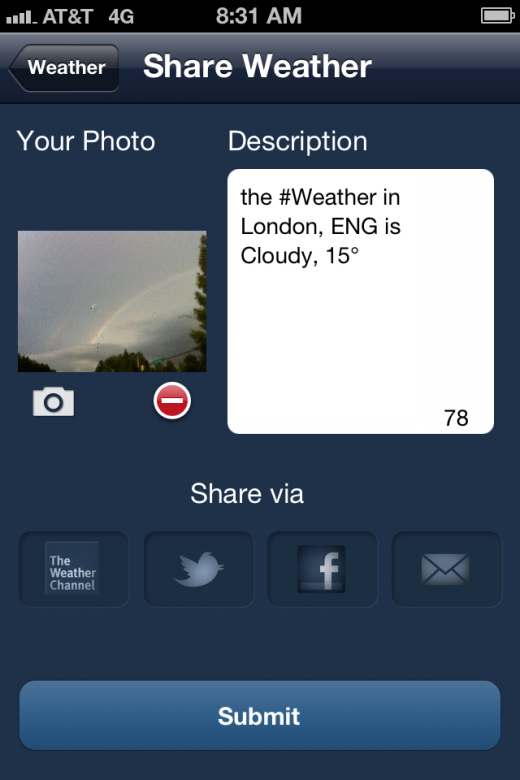 Similar to Weathermob, the app dedicated to those who like to talk about the weather, The Weather Channel introduces a new social feature for users to explain the impact the current conditions are having on their lives. Accompanying this, it has also introduced a much more simplified photo-sharing function which lets users share directly with iWitness, Twitter, Facebook and email.

A number of other tweaks have been made to the app. The severe weather alerts feature has been made more prominent, and it’s now shown as notifications next to the current conditions as well as on the navigation bar.

“Our new app is more relevant – whether it’s showing a beautiful image that displays your local weather or allowing you to save your own personalized home screen image, it’s more about the weather and content that matters to each consumer,” says Cameron Clayton, executive vice president of digital product at The Weather Channel. “We’ve made changes based on consumer feedback to engage users through a deeper and more emotional weather experience.”

Back in December, we reported that The Weather Channel was rolling out the UK’s first advertising campaign to feature live weather conditions, in a commercial deal with British Gas.

Read next: Penguin partners with Zappar to bring augmented reality to Moby Dick and other classic novels