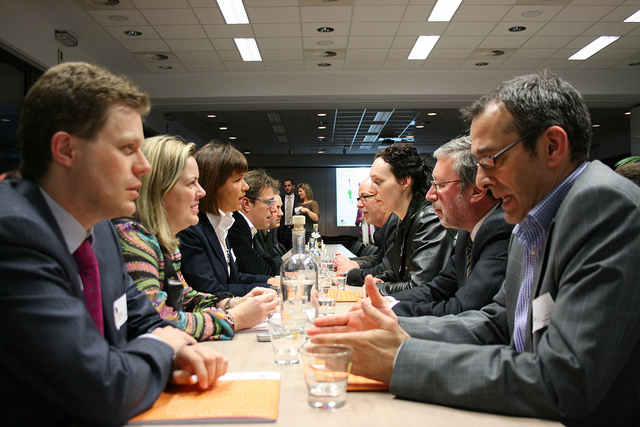 There are a few players in the business collaboration space, but up-and-comer Convo continues to broaden its offerings, making it a service worth looking at before making a big decision of what your team is going to select.

We’re big fans of the service previously known as Convofy, and it’s something we use every day here. Today, Convo announced an Android app to go along with its previously release iOS version and it’s pretty sweet, along with an upcoming Group Chat feature that looks fantastic.

Being able to connect with your team from wherever you are is dependent upon how accessible a service is. By adding an Android version to sit alongside its previous desktop and iOS offerings, Convo is now becoming a complete service.

By being able to share files, status updates, as well as participate in chats with members of your team from all over the world, Convo is the “headquarters” that every company needs. Its features surely beat using GChat or IM alone, and can serve as the hub for an entire business, no matter how large or small it is.

Convo is also releasing group chat functionality, saying its the first in the private social networking space to offer it. Up until now, you could only start a direct chat with one person at a time, causing you to pile up on tabs within the app.

Now, you’ll be able to invite as many people as you like into a chat, which I can already tell will be a huge plus.

In a space that has players like Yammer and Chatter, a company like Convo is going to have to iterate often and add features that its customers are asking for. It appears as if those two things are happening and it has been fun to watch. The service costs $5 per person within an organization and is well worth a try.

Read next: As Eventbrite nears 60 million tickets sold, Path's Dave Morin joins its board of directors