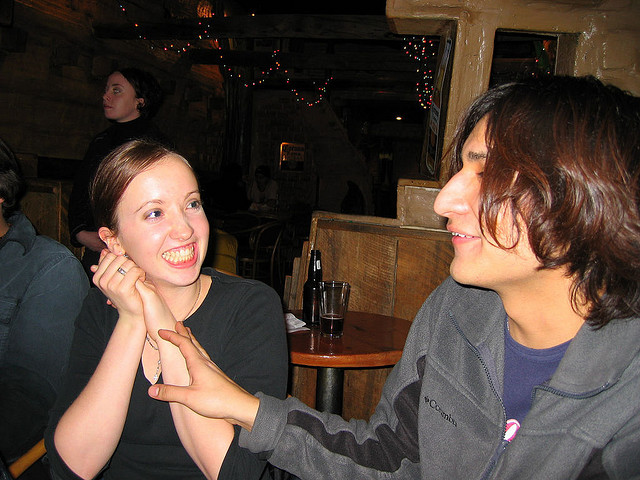 Social networking is old school these days it seems. A certain group of people, mainly late-twenty and thirty-somethings are tired of sharing everything with everyone on sites like Facebook and Twitter. Smaller has become better as we’ve learned by watching the growth of Path and the impact of Pair.

Intimacy is a difficult thing to mimic with technology, particularly on the small real-estate offered by a mobile phone. There are quite a few companies working on the “less is more” solution, and one of them is launching some really cool stuff at our TNW Startup Rally in Amsterdam.

VCNC, a company founded by Jaeuk Park, Youngmok Kim, Sungwook Cho, Kyungjae Woo, Junghaeng Lee, based out of South Korea, is offering an app called Between that helps you keep track of your personal relationship. It doesn’t have to be with a significant other, but it’s definitely suited for it.

We’ve covered Between before, long before Pair launched, and what they’re launching is definitely worth checking out.

Previously, we noted that Between was aimed at Asian users, who don’t like to share personal moments publicly. However, the team is taking great steps to move outside of the market and go global. that look back at their special moments. Now the couples know where their relationship is stored.

At The Next Web Conference, Between will be adding support for five more languages, in addition to its current four. By the end of May, Between will be supporting a total of 13 languages. App translation is completely important to appeal to more markets, as we learned by Path’s latest initiative to crowdsource its translation efforts for twenty languages. The fact that Between is ahead of the curve here is impressive.

The nice thing about Between is that it’s a mix of Path and Pair, in that it groups together your “moments” by day so you can go back and check everything out that you’ve discussed or shared in the past. This is where Pair lacks quite a bit, as it’s just a continuous stream of a conversation, much like SMS.

Since Between’s launch, the app has had a feature that was closed to its users called “Event Box”. The curiosity as to what this feature will be is now over, as the Event Box is officially open as of The Next Web conference.

During the conference, the company will be sending out a “Between Box” to companies all over the world, filled with products for couples, sponsored by LG Healthcare. It’s called ‘Delivering Happiness’. We will be delivering a ‘Between Box’ to 100 couples all over the world. The ‘Between Box’ is filled with our customized products and cosmetics, sponsored by global companies like LG Healthcare. Check out this page for more details.

Between has had over 690,000 downloads since its launch last November. It’s available for both iOS and Android and is totally worth checking out.

➤ Between for iOS | Android