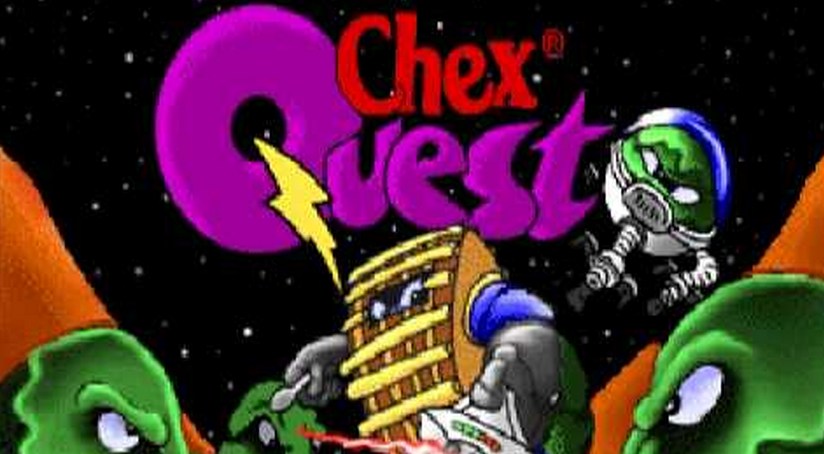 I hope that after your stiff Gibson, you aren’t working too hard. Now, how about a nice time sink, throwback, and great game all at the same time for the price of free? Sounds good? Alright.

Now, back in your cereal eating days, before the breakfast of champions took over, did you every play a game called Chex Quest? Perhaps even, all three editions of the game? The discs came in boxes of Chex, and were roughly, if I may, the best thing of all time.

Now, ChexQuest was awesome because it was based on the Doom engine, but was utterly PG, so everyone could play it. You didn’t have a gun, you shot little charges called ‘Zorches,’ and if you ran out of ammo you didn’t use a gun, but a spork. Yeah, I’m for serious.

Now, we don’t advocate piracy here on TNW, and so I promise that I’m up to only good. The original developer behind the games, Charles Jacobi has the three titles piled into a single neat app that you can download. It’s a tiny download that has the potential to make your weekend, wait for it, awesome.

Really, you deserve a break. Get gaming. Just for fun, I think that this is the fastest. hackiest way to beat Chex Quest 2 [it will take you much longer]

Read next: Facebook claims to be 'perplexed' at Yahoo's latest 'erratic' claim