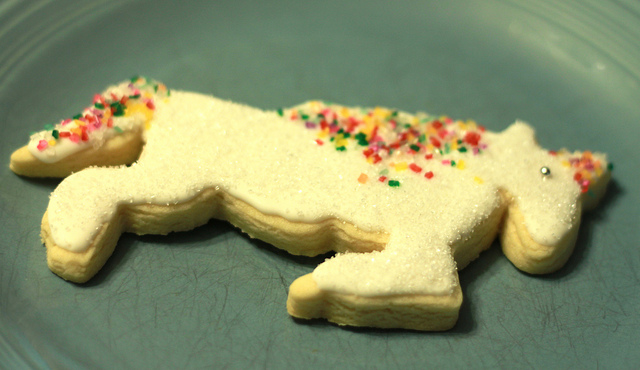 An iOS app called Everyme has launched today, and its founders have sprinkled in a bit of “magic” to assist us with the problem of figuring out who to share with, by grouping them together for us automatically.

The team was a part of the Y Combinator Summer class of 2011 and has gone through a few iterations since raising $1.5M from well-known investors like Andreessen Horowitz, SV Angel, CrunchFund, Tencent, and Path founder Dave Morin. I sat down with its founders last week and learned a little bit more about what makes Everyme so special.

Co-Founders Oliver Cameron and Vibhu Norby tell me that apps like Path and Google+, and even Facebook still straddle the line of public and private, whereas Everyme will remain entirely private for the lifetime of the app. It’s this dedication to privacy that the team says sets it apart from the rest.

When Cameron and Norby started working on Everyme at Y Combinator, it was to solve the problems that we have with our mobile address books, which I believe are the original “social network”. It’s very rare to have random people that you don’t know in your address book, which makes it a pretty sacred stomping ground.

Everyme saw two problems with the address book; organization and communication. Since the address book is a solid list of people, with the only feature being to alphabetize it, the company set out to algorithmically group all of those people into circles, or what it calls “magic circles”. Based on information about these people and whether you’re friends with them on social networks like Facebook and Twitter, the app will put them into smart lists, allowing you to communicate with all of them at once.

With organization seemingly addressed by Everyme, the communication aspect still needed a bit of love. If you have a circle of people who prefer different social networks, or in some cases none at all, how can you communicate with all of them at once seamlessly? That’s the problem the company has solved by allowing those who just have email addresses to participate in discussions as well, even if they don’t have the app.

By keeping these circles private for life, Everyme hopes that people will be able to communicate in a way that they don’t currently on other larger social networks.

Once you open the app, it will analyze all of your contacts, as well as your friends on the other networks, if you choose to connect your accounts:

As soon as your circles are created, you can start interacting with the people in the group, and information about them and their daily lives will start appearing in the stream as “magic stories” if you choose to turn on that feature. This isn’t a privacy problem, since you’re already connected with these people on say, Facebook, already. Things like relationship status, birthdays, and a new job will be brought in to a very Path-style stream, complete with cover image:

By bringing these “stories” and moments to you, you don’t have to go trolling through Facebook for an hour to dig out everything that you want to comment on or “love” within the Everyme app. Basically, the company has built technology to bring the details to you, so you can have conversations about them privately.

This app won’t be for everyone, much like Path isn’t for everyone. The striking similarities in design between Everyme and Path aren’t an accident, since Morin is one of its investors. What Everyme brings is a sleek way to organize your contacts into groups where you can chat with them now and then and keep them updated on important life moments. This isn’t a group texting app meant for heavy usage, it’s meant to glance at to stay connected to the people you care about the most.

You can of course create your own circles after Everyme has auto-generated some for you, but I think you’ll find that the groupings make a lot of sense. For example, the app took all of my family members that I had listed on Facebook and matched them up with the contacts in my address book and placed them into a circle. That’s pretty handy and would have taken me a while to do myself.

There’s no privacy concerns with Everyme, as there are zero options to share any part of a conversation or stream publicly on another network. Even your friends with only SMS or Email can participate in the fun, as Everyme stitches the conversation together for everyone.