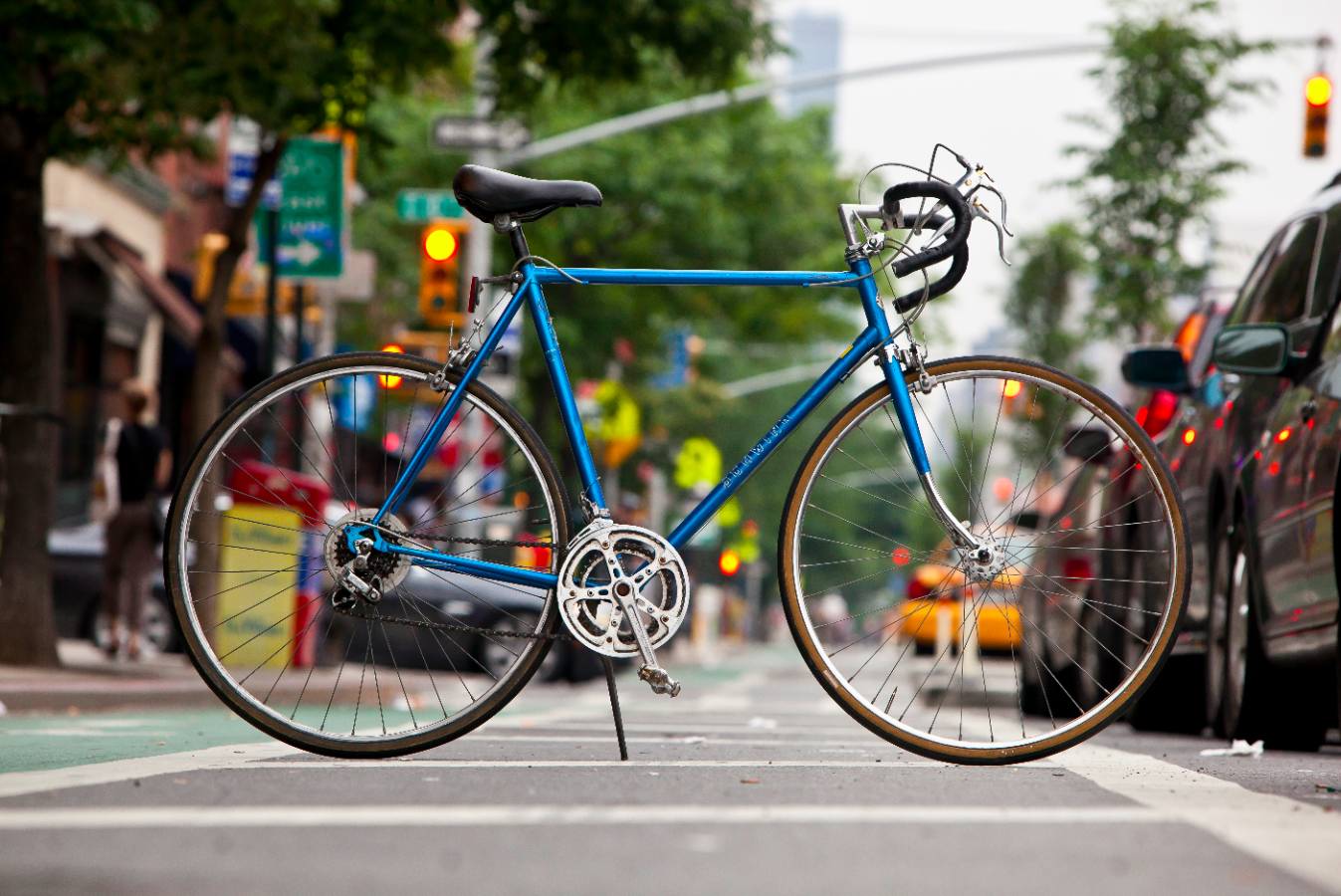 I own 2 bikes– a blue 1980s Raleigh with a bell and white basket and a powder blue, single speed Raleigh from the early 90s that I bought for my boyfriend to use when he’s in town. I ride the former 3 times a week, he rides the latter 3 times a year. I lock the bikes to a gate outside of my apartment building in Williamsburg, Brooklyn. This seems like such a waste.

In the past few years, the collaborative consumption economy has come into its own. We’ve seen homesharing on Airbnb and Roomorama, puppy sharing on Rover or Dog Vacay, as well as carsharing on Zimride and GetAround. But what about bike-sharing? You’d imagine human beings would feel much more confident lending out an old bike for extra cash rather than a car or their bedroom, right? 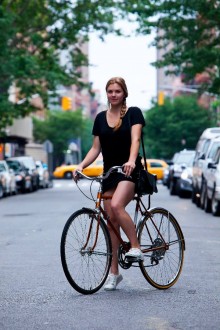 Starting on April 1st, 2012, Spinlister is the super-cool New York City startup that’s launching peer-to-peer bike sharing in both NYC and San Francisco. For their launch, founders Will Dennis and Jeffrey Noh have partnered with the 2 largest bike rentals companies in the country, Blazing Saddles in SF and Bike and Roll with 11 locations in NYC to supply thousands of bikes to new users.

They will also be launching with approximately 30 bikes available in each city from individual listers. Dennis tells me they check out each listing to ensure quality and that most listers will provide renters with locks, helmets, bells and lights to keep you riding safe and happy. The guys are looking to partner with smaller, local bike shops in the future.

I first heard about Spinlister a few months ago when Fast Company picked up on its rolling developments. Until now, there have been two primary forms of bike-sharing efforts: “Community bike programs”, which are organized by local groups or non-profits and are most popular in the United States. And “Smart bike programs”, which are government funded or partially funded by private partnerships with advertising agencies and are most popular in European cities including Paris, London, Barcelona, Stockholm and Oslo. In these cities, residents are supplied with thousands of bicycles free of charge or for a minor fee. The point being — bike sharing is everywhere! (Check out this rad Bike Sharing Map on Google that Fast Company dug up.) But, still, there’s never been a peer-to-peer marketplace for bikesharing in the United States, until now.

For those lucky enough to live in the 2 U.S. tech hubs, you can rent or list your bike in New York City and San Francisco starting April 1st. Sign up with Facebook (or not), upload a few pictures, type in your bike details and earn a little extra dough instead of your wheels rusting outside in the cold. Dennis says that the average bike will cost $20 per day, which is half of what most bike rentals shops charge. Higher end bikes will list for about $80 per day, and there will be a wide selection of cheaper bikes at $1 per day. Dennis (pictured below) and Noh are listing their bikes for $1 per day.

Dennis built Spinlister in the GE-OMD Ignition Factory startup incubator last summer before finishing up school at USC in Los Angeles. He met his co-founder Jeff Noh, a graduate of UC Berkeley during this time. In January of this year, they both moved to New York City and worked out of WeWorkLabs.

To verify users’ identities, Spinlister holds a credit card on file and checks out their Facebook profile. To monetize, Spinlister takes a 12.5% cut from the lister and 12.5% from the renter for the use of its platform. So, if a bike is listed for $10, the renter pays $11.50 and the lister would receive $7.50. Bikes are completely insured against theft or damage if things go poorly but if the bike is stolen because it wasn’t locked up properly, Spinlister charges the renter’s credit card. “We’re fully insured as a business for any mishaps that might happen whether you get injured on a bike or damage property,” says Dennis.

In terms of collaborative consumption communities, Spinlister has the potential to attract a very special breed of bike owners and bike riders everywhere. I envision this particular vertical in the sharing economy will have an outstanding degree of success. And yes, I plan on listing both of my bikes on Spinlister this weekend.

Currently, the Spinlister platform has 100s of eager listers all over the country and the world, so expect worldwide expansion in the coming years. I can’t wait to use a platform like this in Amsterdam for 2013’s The Next Web Conference!