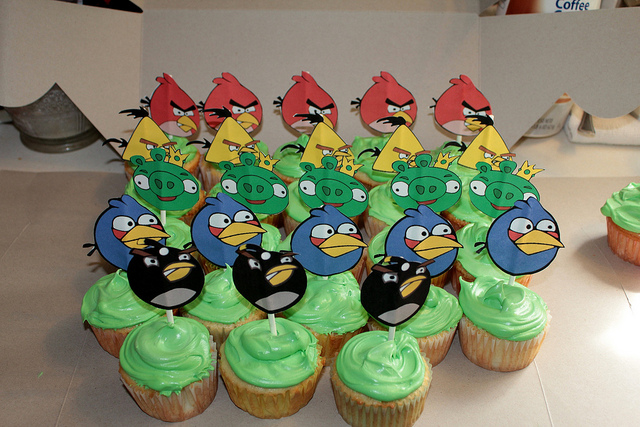 What’s more impressive is that the company is giving us updates on its progress every few days, as if we didn’t know that the game was unstoppable already. I don’t blame them though, I’d be pretty stoked too:

Over 20 Million downloads in our first week… That’s a lot of pig popping! #angrybirdsspace

Even though we don’t know how many of those downloads are paid for, we do know that the app still sits on top of the list on Apple’s App Store for top grossing. After just a few days it knocked out Zynga’s Draw Something from number one.

I’m not sure if we’ve ever seen this much fanfare when it comes to a game since the days of Nintendo’s Mario Brothers. It seems that each installment of the game does better than the last.

As with most popular games these days, the key appears to be the massive distribution that the Rovio games have set up for itself. There aren’t many platforms that don’t have a version of an Angry Birds game, even including promotional tie-ins with Microsoft’s Bing.

One thing’s for sure, if Rovio ever creates another series of games again, there were quite a few before Angry Birds that didn’t do as well obviously, companies like Zynga are in for a world of hurt.