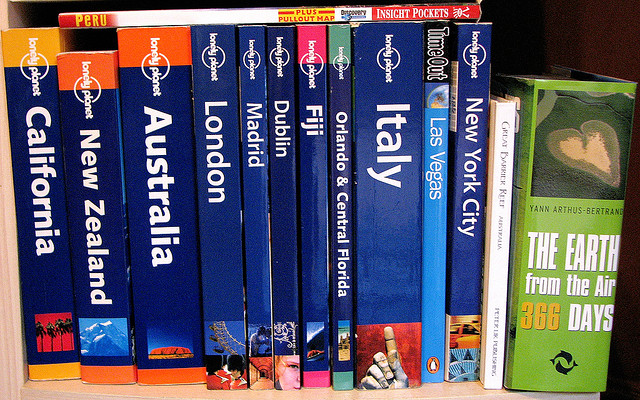 The “How-To market” spans all types of verticals such as cooking, technology, and arts and crafts. If you’re like me, you’ve probably typed “how to _______” into Google at some point to figure out how to do something, such as bake the perfect loaf of bread. There are some sites that specialize in this, such as eHow, but there isn’t much of a community feel to it.

A few smart folks at a company called Heavy Bits noticed that there was a huge opportunity to turn this age-old every day act of teaching people how to do something into an app, and they’ve called it Snapguide.

The San Francisco based company has already drawn attention from some big name investors such as Michael Arrington of Crunchfund and Dave Morin of Slow Ventures. These folks see the opportunity to turn this market into a thriving community in the same way that Instagram has for wannabe photographers (I include myself in that description).

What the team has come up with is a brilliantly elegant app that lets you use text, photos, and videos to create step-by-step guides on how to do pretty much anything. Snapguide tossed in some of the regular social sharing options that we’ve come to expect, and what it has created is a network of people who want to teach and learn.

Creating a guide is a snap

When you open the app you can register with a new account with your Facebook or Twitter logins and then you’re off to the learning races. Snapguide has a “featured” section where it shows off some of the best how-tos that the app has to offer. Most of the are pretty well done and feature a mix of text and pictures. For example, Brit Morin has shared a few guides such as “How to Use Snapguide” and “How To Make Easter Egg Pops“. You’ll notice that I linked both of those guides, because the company was smart enough to allow people to view and interact with guides on the web.

The web is a pretty good experience, but if you want to get the most out of Snapguide you’ll want to grab the app. It contains a table of contents for each guide that allows you to jump around. If you’d rather go through it in order, you can simply swipe. You’re also presented with a list of supplies that you’ll need:

The app has launched with some pretty great guides, but the thing that that worries me the most about Snapguide is that there will be way more consumers than there are creators. This used to be a worry on sites like YouTube as well, but as creating a quick video and uploading it became easier and more common, that issue went away. Perhaps Snapguide will catch on as well and there will be a ton of fresh content to keep a vibrant community going.

Having said that, creating a guide couldn’t be easier. This is easily where Snapguide shines the most. Creating new “steps” is as simple as tapping a button and creating a supplies list is equally as easy. Once you’ve made your way through the process you can publish it to Snapguide or go back and edit it a bit. Even after you’ve published your guide, you have to the option to go back and tweak it:

With simple tools and plenty of inspiration already available in the Snapguide community, it looks like the app is off to a great start. As you go through the guides you can share them on Facebook or Twitter, “like” them, and comment on them, which creates that community feel to it.

With a blue ocean of opportunity, it’s obvious that Snapguide could find big success in this space. I won’t bother asking the question “how will they make money”, because it really doesn’t matter until something hits critical mass. Can Snapguide find that critical mass? I think they can. This is something I can totally see my mom using to teach people how to sew or make crafts.