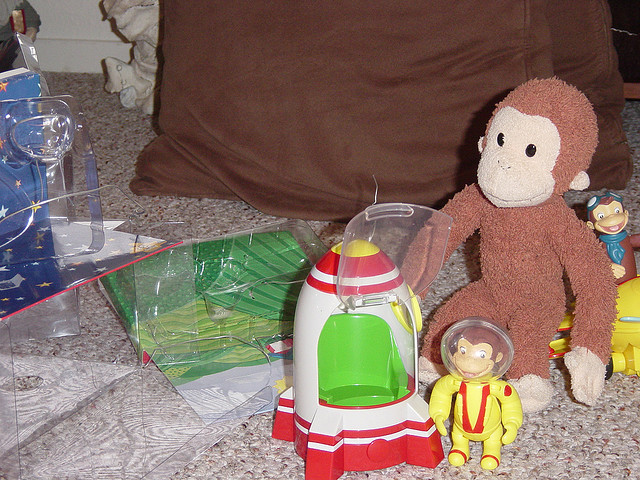 In January, Google announced that it would be shutting down photo editing service Picnik (along with Flickr ripping the service out of its product), which it purchased in March of 2010. All of the services features have been integrated into the Photo suite on Google+, and I must say that it’s extremely well done.

Since I don’t own a copy of photoshop I do most of my photo editing online, since I only resize or crop photos quickly for a post here on The Next Web or for a Twitter-generated meme once in a while.

Last night I got an email from Google reminding me that Picnik was shutting down along with some instructions on how to get a refund for a premium account and grab my photos. The really interesting part was that the email suggested alternatives to Picnik:

As we announced earlier this year, we will be closing Picnik on April 19th, 2012, and we want to make sure you have the information and support you need.

For more details on our shut down, or recommended alternatives to Picnik, please see answers to frequently asked questions.

Instead of simply listing out the alternatives in the email, you’re forced to check out the FAQ, so I took the bait. Towards the bottom of the list of questions, Google lists alternative online photo editing services:

What are some recommended photo editing sites?

If you’re looking for a different photo editing site, try the Creative Kit in Google+, PicMonkey, or Aviary.

I’ve heard of Google+ and Aviary of course, but hadn’t heard of this “PicMonkey“, so I went to check it out and I’m glad that I did. The service was actually started by former Picnik engineers and you can tell right away as you start using it:

Picnik was best known for its beautiful design and ease of use, which is exactly why Flickr partnered with the company for so long and why Google scooped it up. The team has a great sense of humor as well, check out their about page:

A couple of former Picnik engineers, a rabbi, and a monkey meet in a bar.

The rabbi realizes he’s not in the middle of a corny joke so he leaves. But the monkey. The monkey starts raving wildly. He’s slapping the Picnik engineers on the back, congratulating them for pioneering the online photo editing space 6 years ago, and for enabling a whole new class of photographers to create beautiful images and hang out together. And the monkey has more ideas about time travel, connecting people, light speed, and making Brussels sprouts taste better. The engineers, they’re listening, but they’re onto something new. They scribble furiously on the backs of napkins and the edges of sleeve cuffs.

Several months later, here we are. A dynamic duo became a small dynamic team. And the world’s friendliest photo editor got a chance to start again. If you loved Picnik, PicMonkey is back in town and better than ever. It’s faster, more powerful, and easier to use. It’s the real deal you already know, plus 78% more monkey.

One of the PicMonkey team members, Justin Huff, shows a little over a year spent at Google after the Picnik acquisition and PicMonkey’s beginnings in January of this year. It looks like the team wasn’t done with making photo editing simple and elegant over the web and I for one am thankful for that.

No software required, just the Web

Much like Picnik didn’t require any software or plugins to touch up your photos, PicMonkey follows that same trend. There’s no registration required and all you have to do is drag a photo into your browser and the editor will start up:

Basic edits consist of crop, resize, rotate, as well as color tweaking and sharpening. There’s also an auto adjust button much like the one that made Picnik so great.

In addition to the basic edits, you can add effects, overlays and borders to your photos and save them as soon as you’re finished. While it’s obviously not as full-featured as Photoshop, it more than gets the job done.

It will be extremely interesting to see how far the team takes this product since it already proved that it knew what it took to make photo editing easy enough for anyone to do. While I had to do a little bit of digging to find this alternative to Picnik, it was nice of Google to publish a few options, especially since one of them was created by a team that left the company after its company was purchased. I highly suggest giving PicMonkey a try since you don’t have to sign up for an account and you soon won’t have the option of using Picnik anymore.

Read next: Some devs in Mexico City see Silicon Valley as "magical", and it could slow them down