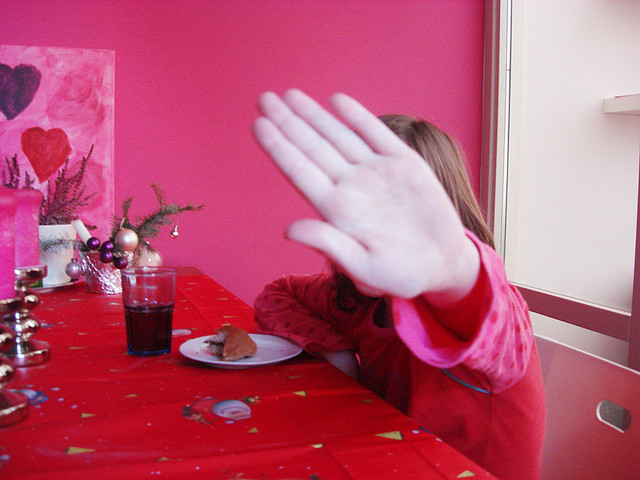 Skipping tracks and pausing your music is something that you probably do twenty to thirty times a day. If you’re at work and someone starts chatting with you, you’ll start seeking out the pause button until the conversation is done.

What if you didn’t have to click a button at all? A new app by a company called Flutter lets you simply hold your hand up to your webcam to start and stop your music and it’s pretty freaking awesome.

The free app for Mac is a lightweight download and once you open it up it leaves your webcam on. While you’re playing your music in iTunes or Spotify, simply put your hand up in a “stop” gesture from at least six feet away from the camera:

This gesture for playing and pausing is the only one available right now for Flutter, which is in alpha, but if you start using your imagination then this app could get infinitely cooler with the addition of a few more gestures. Imagine being able to make a swipe motion that changes tracks without even having to click a button. Check out the app in action below:

It’s a really neat concept that could become quite handy when you have to quickly grab a phone call or want to pause your playlist during a party at your house. This app is definitely one to watch as I get pretty excited at the notion of being able to do more by just making hand signals and gestures.

The one downside to this is that if you’re using other apps like Skype that use your video camera, you won’t be able to use them at the same time. Other than that, get to gesturing!

Read next: From Apple's new iPad to Zeebox, here's the week's media news in review