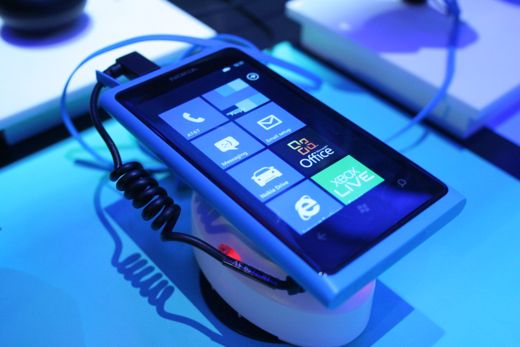 GroupMe, the cross-platform messaging app for Windows Phone, iOS, Android and even BlackBerry, had been quiet on the Windows Phone front for quite some time. But now, according to a post on the Skype blog (Skype acquired GroupMe in August of last year), the app is updated and back with a vengeance.

As you can see, the app got a visual refresh. But more than that, it also gets the ability to pin groups to your start screen, deep integration with Live Tiles and better photo sharing as well as integration with your existing contacts.

There are notifications, but WP Central says that they don’t seem to be functioning just yet. The site also points to the fact that there doesn’t appear to be a Landscape mode available for the app.

There’s obviously something to be said for the chain of command here: GroupMe, acquired by Skype, which was acquired by Microsoft. It’s easy to postulate, then, that GroupMe is going to be the frontrunner for group messaging on the Windows Phone platform for quite some time to come. Other apps, of course, have an equal chance to compete on features, but there’s a certain bit of power that comes with being the golden child, so to speak.

GroupMe is free, and you can download it now from the Windows Phone Marketplace.

Read next: Rumors of a quad-core iPad 3 with LTE sound reasonable, but in NYC?