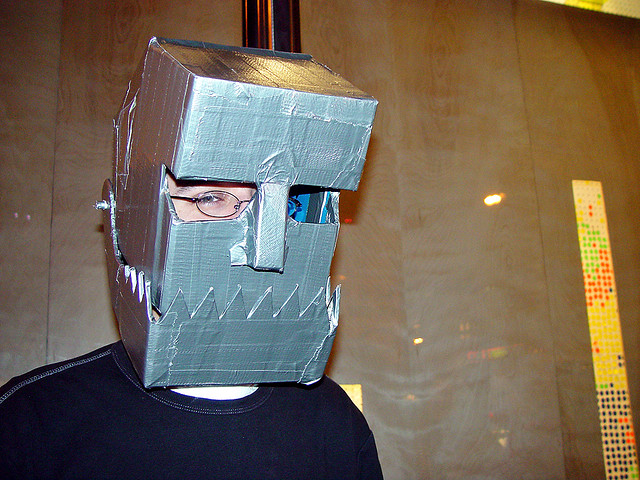 According to a report by TechCrunch, a company behind an app called Evi has woken up the sleeping giant that is Apple. The app is extremely similar to Apple’s Siri product, complete with artificial intelligence and lady-like voice.

The company behind the iOS app is natural language search engine True Knowledge, and TechCrunch reports that Apple at one point told the company that it would remove it from the app store due to the fact that its UI was strikingly similar to that of Siri.

The app has been downloaded 200,000 times and currently costs $.99, so the company is definitely profiting from the story of its potential removal. One problem though, the app isn’t working.

When asking “Evi” a question, such as “Where is the closest CVS”, she responds with, well nothing:

What you get in return is the equivalent of a 404 error on the web. Apparently all of this attention has brought the app to its knees which makes Apple’s Siri product look even more impressive. We speak way faster than we type, so try to imagine the number of queries that Siri sees every minute and then think about how amazing it is that it can still be fast with an answer. Evi didn’t think about that.

The reviews in the app store are stating similar issues and Evi is getting a slew of one star reviews. Apple might not have to remove Evi after all, since the app just might remove itself due to poor performance. Here’s an example of the reviews coming in for Evi:

Definitely not an alternative to Siri. The app doesn’t work, even simple requests generate a “I’m having trouble getting a response from my servers, you might want to try again in a minute”. Saw this on 9to5mac and thought it would be legitimate, but it’s a ripoff. Seriously, how difficult is it to find a sandwich shop near me!!!!

Unfortunately, I can’t get my $.99 back, but I can honestly say that in this battle Evi got her ass kicked by Siri.

Read next: Mistakes and confusion lead to a charitable donation from Fab