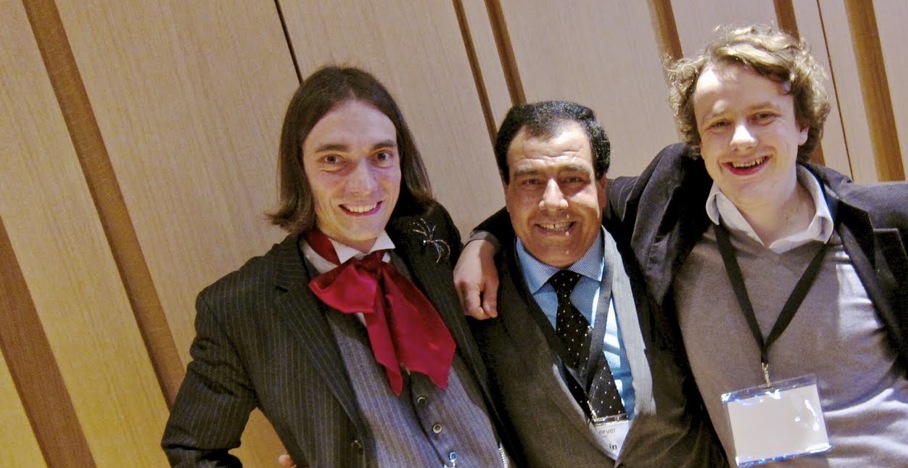 When I first met the Memrise team a few months ago in Boston, the site was just getting started and the dreams were big. Fast forward 8 months and my how things have changed. The site, which aims to facilitate easier methods to learn everything from languages to constellations of stars, has gotten loads of new content, a million dollars in fresh funding and an expanded view of what it wants to accomplish.

I sat down with CEO Ed Cooke to talk about the past, present and future of the site. Cooke tells me that since graduating TechStars in Boston, he’s headed back home to London where the team is “trying to invent really fast, guided by the thought that we could make learning delightful.”

But let’s rewind, and take a minute to talk about how Memrise came to be. For that, we have to go back to a visit Cooke was meant to pay to a friend of his from Oxford, who was doing his PhD at Princeton. Unfortunately, schedules didn’t mesh and Cooke found himself at an apartment not with his friend, but rather with his friend’s roommate Greg Detre. Having nowhere else to go, Cooke was invited to crash on the couch for his six-week stay.

As it turned out, he and Detre were both fascinated by the human brain. Detre was a neuroscientist, working on his PhD. Cooke was invited to talk in Detre’s class and over the course of a few weeks, Detre and Cooke began to see the path for Memrise. Soon after, Detre changed his major because of what they had found.

“If it’s possible to truly think of learning from the ground up, integrating what we know about science, emotion, practice and passion, then we could create a new way of learning” – Ed Cooke

So out of this chance meeting, a company is born. In the past 3 months, Memrise has more than doubled its user base. The goal is to branch into even more verticals of learning, simply for the sake of learning, going so far as to examine the practice as a recreational activity, rather than an anxious thing.

And it seems that the Memrise team is on to something. Teachers are quickly picking up Memrise to be used in classes.  That rapidly-expanding user base is filled with people who are up-voting new content (called Mems) tens of thousands of times. Oh, and those Mems? There are thousands of them submitted every single day by a curated group of contributors who simply have a passion for learning with the Memrise method.

“We have a core community of creative people, led by a community manager. These are people who are just very passionate about learning. We feel we’re headed in the right direction because we care very much about changing the experience of learning.”

Investors seem to agree with Cooke. Avalon Ventures (early supporters of Zynga), Matt Mullenweg of WordPress and Nabeel Hyatt who heads Zynga in Boston have all contributed to the “just over $1 million” round that Memrise has raised. So now, it’s time to grow, and to do so as quickly as possible.

If you’ve ever been intimidated by learning, then you owe it to yourself to try Memrise. If you’ve never been intimidated, then you’ll likely still find the site to be an engaging, unique manner to learn something new. The site is still in beta, but it’s open to the public. Give it a shot, then let us know your thoughts in the comments.