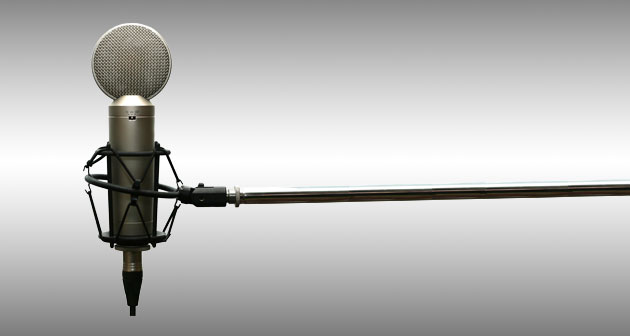 As the Internet moves toward its next iteration, one of the things that we’re seeing rise is audio content. But in order to get all of that spoken word content, somebody needs to be recording it. That’s where there’s typically been a disconnect. Good voiceover artists (myself included) don’t come cheap, and we typically don’t have turnaround times that are fast enough to work in the real-time world of the Internet.

A new startup called VoiceBunny is looking to solve the problem by implementing a method that could be considered controversial. Focusing on low pricing and high turnaround, VoiceBunny is hoping that it can speed up the turnaround process while keeping the work affordable.

For those needing voice work, such as demo videos, online radio ads and indie video game developers, it could provide easy access to a wide range of talent. For those doing the work? Well, the intended simplicity muddies the water a bit.

Now, let me shift roles and speak as a professional voiceover artist with nearly 20 years of experience.

VoiceBunny is throwing around some big numbers, stating that an average 60 second commercial could have cost you up to $3,000 when you figure in studio time, going through an agency and booking the talent. Further, it’s saying that a home studio setup could cost up to $12,000 when you consider a dedicated recording computer and equipment.

It has been years since the cost for voiceover was this high, for anything other than the biggest names in the business.

An average home studio setup can now be had for under $1,000 including the computer. An average 60-second commercial for a local market? Under $200. Yes, these costs can vary greatly, depending on a number of factors, but I say that to make the point that you shouldn’t be blown away by the claims of $3,000 and $12,000 as they’re simply not the reality anymore.

The problem with any sort of pricing that encourages talented people to work for less is that it can quickly become a race to the bottom. I’m in no hurry, personally, to blog for a site for free. Likewise I won’t give away voiceover work. VoiceBunny appears to be directing its talent to shoot for the lowest prices that they will accept for a specific length of work, with the hope that the hire rates will be great enough to offset the lower pricing.

It’s this very same reason why sites like oDesk and Elance have had difficulty retaining top-tier talent in their pools of freelancers. Many of us would rather work for someone else than to drive our pricing down to a level that isn’t befitting of the work being done. 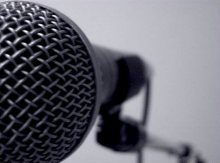 Fortunately there’s a glimmer of hope in what VoiceBunny wants to do. In traditional freelancing, many people can do the same job equally as well. That’s not always the case in voiceover, where a buyer might be looking for a specific style of voice (male, female, old, young, native English, native Farsi). That should help to keep pricing at a livable level for the talent involved.

There’s also another factor that makes VoiceBunny appealing to the ones providing the work – there’s no audition process and no billing to handle. Everything is done through the site and talent is promised to be paid within 72 hours. For anyone who’s had to deal with billing and collections of their own invoices, that’s a big relief.

Will it succeed? It’s a gamble. I’m not sure that there are many professional talents who are ready to go for quantity-style work. If the talent pool isn’t deep enough, VoiceBunny is going to have a hard time gathering customers because those customers would be getting second-rate work. That’s a bitter pill to swallow, regardless of price.

There’s also the point that many of us prefer to keep control of where our voice is going. In part, we do that by the money that we’ll accept for a job. I might want to work with a hot startup, and I’ll give them a deal. By the same respect, a company pushing erectile dysfunction medication is going to have to pay me a lot to get my voice on their ad. That’s just how this business works.

In the market for voiceover work, or doing some yourself? Give VoiceBunny a look and let us know your thoughts in the comments. Too much risk for not enough reward? You be the judge.

Read next: Pinterest does disclose it modifies links, and we shouldn't blame it for making money