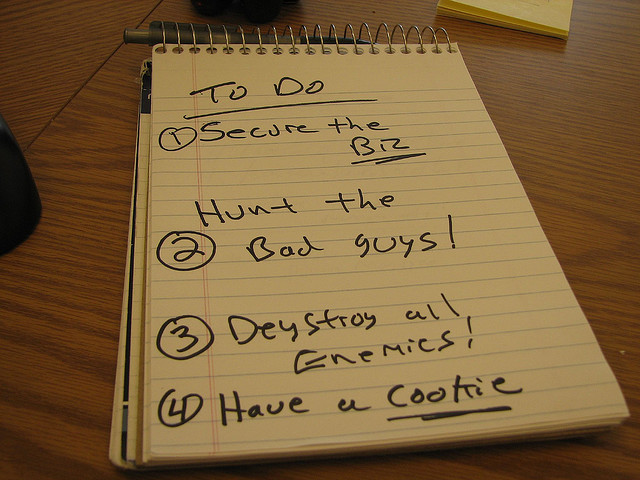 To-do lists and goal tracking can be a scary thought. There are things that all of us would like to try to do more of, or perhaps less of. Technology can be a great way to help us keep all of these things straight, but for some us, to-do lists turn into just enough thing we have to keep track of.

Buster Benson, Co-Founder of Habit Labs, likes to dissect these concepts and turn them into easier and replicatable concepts that lead to success. His last project, Health Month, aimed to trick you into a healthier lifestyle by turning the process into a game.

Trying is a good thing

By posting things that you’d like to make an attempt at achieving, the site may actually guide you towards success more often than not. Perhaps you’d like to read more books, do more pushups, and drink more milk. By adding these things to Gonnatry, you might actually succeed at all of them, but it’s not the end of the world if you don’t.

In a blog post today, Benson describes how Gonnatry is different from other goal-tracking sites:

Once you’ve decided on a goal to conquer, you’re asked to add the tools that you’ll be using to do so. For example, if I’m trying to read more books, it could be a library card, Kindle, or iPad that I choose. There are a list of items on the site already, but you can add your own.

This neat twist is a more immersive experience than simply adding a line to a to-do list, and serves as a reminder of what can help you reach your goal. You can choose to share your goals publicly, which Benson believes is a key to succeeding. By tweeting a goal or posting them on Facebook, your friends can help cheer you on with whatever you’re trying to tackle.

I personally enjoy the approach that Benson takes with his apps, focusing on simplicity first but giving them a twist that could make success a stronger possibility.

Read next: The SOPA bill has been withdrawn by creator Lamar Smith