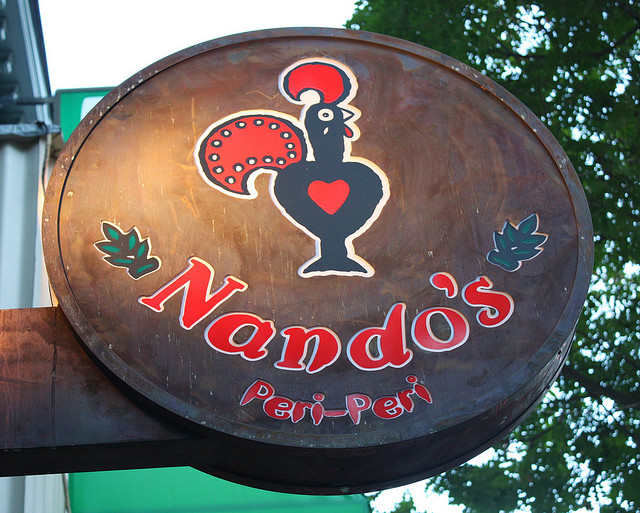 The app itself launches with basic features, allowing Android, iPhone, iPad and iPod touch users to find their nearest Nando’s quickly and easily, check-in with their Facebook account once they arrive and also plan a party with their friends.

Nando’s says that it is already working on version two of the application, which will deliver a “tasty pocket menu”, but there is no word on whether the company will incorporate Nando’s Card into the app to allow customers to gain discounts on meals and free dishes from repeat visits.

If you own a BlackBerry or a Windows Phone, you will be disappointed to learn that Nando’s has chosen to develop only for the “two most popular” smartphone platforms, based on “general technology trends” and from stats on its website and “other online activity”.

However, the company recently launched a mobile-friendly version of its website (available at nandos.co.uk) which can deliver directions and a full menu.

The company says that the first iteration of the app will focus on the social features, adding more features in the near future:

We decided to focus on the social side of things with the first version of the app – making it easier to find and get directions to your nearest Nando’s, meet up with your mates and check-in using Facebook, as well as a load of other nice things like being able to save and share your favourite Nando’s. We’re already working on version two which will include a tasty pocket version of the menu, as well as other top secret, yet-to-be announced, features that we think you’ll love. So, watch this space!

Although the app is currently limited in regards to features, it’s best to grab it now and install it, allowing you to receive the updates as soon as they are available. Plus, if you are in a far-away place in the UK, you can always use it to find the nearest Nando’s restaurant and enjoy the delights within.