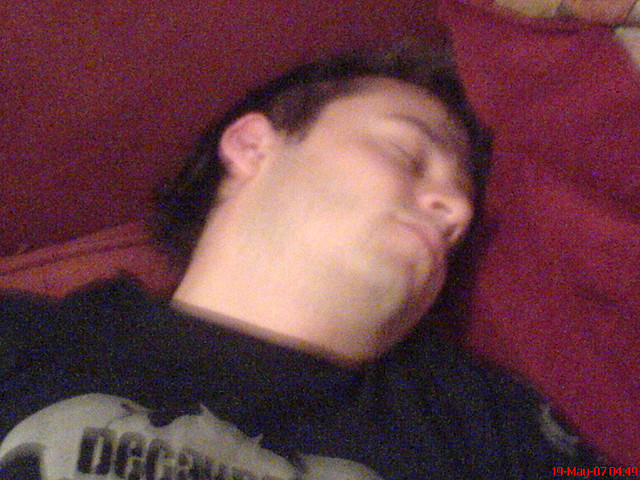 Creepiness be damned, I’m a fan of geolocation technology on mobile phones. I think it’s pretty cool that my device can ask a satellite where I am and my screen shows me in seconds. What’s cooler is when apps actually put this technology into a context that makes our lives better, or more memorable.

For example, I enjoy going back through my history of foursquare check-ins and seeing where I’ve been and what I’ve done. What happens if you’re too drunk or don’t feel like checking in? App developers create something that’s just for you, naturally.

Last Night…? is an app developed by Zombie Processus that will record your whereabouts for as long as you’d like, letting you go back in time and see exactly where you were. Remember “The Hangover”? I bet they wish they had this app.

Where the hell was I again?

While it’s probably a really bad thing if you got drunk enough to not remember where you were, this could actually be quite helpful if you’re out hiking in the woods or just take a walk around a new city.

The Last Night app runs in the background while you’re out and about, recording your location every few minutes. It drops these points on a map and the data can be emailed to you if you like. A reason why this might be helpful is if you’re trying to remember where you saw that cool restaurant or street art. You could simply pull up the exact route you took while the app was running.

While it sounds like this app could be a battery drain since it runs in the background at all times, it will pause itself if it notices that you’re in the same location for more than 10 minutes. As soon as the app detects that you’re on the move, it will start up again. For $1.99 it’s definitely worth a try.

On a more serious note, something like this could be a huge help for a loved one that is having memory difficulties or a younger child. If they have this app running, you can check and make sure that they’ve been heading on the right path and didn’t get lost.

Don’t worry about your whereabouts becoming public, Last Night doesn’t store any of this data on the web.

Read next: 9 Excellent examples of scrolling websites for designers