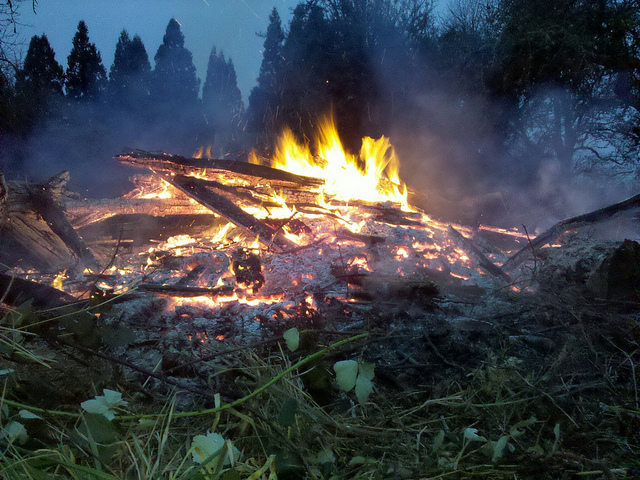 Unlike a lot of my colleagues at The Next Web, I primarily use the web version of Twitter. With its latest redesign, I find myself using it more even though I’m tweeting less. I also use DMs as a replacement for text messages for communication with my close friends and family.

Even though Twitter is all about transferring information in real-time, direct messages are still a laggy experience that need tightening up. It’s not a chat, text, or email, but it’s somewhere in between. One of the features that I feel is missing from the Twitter experience is actual real-time chat like you find on Google+ and Facebook.

An extension for Chrome and Firefox called Bonfire integrates a real-time chat experience into the web version of Twitter. It’s extremely well done and fits into the new design quite nicely. Unlike a service we covered last year, Blether, it requires no other tabs or actual tweets to start a conversation.

Direct messages on Twitter are still time-shifted, meaning that the conversation taking place doesn’t require either of you to be connected to the Internet while using it. Basically, that means if you have an important question or just want to say hi, there’s no guarantee that you’ll hear back from the person in any set amount of time.

The only way you truly know if someone is “active” on Twitter is based on the last time they tweeted, and that still doesn’t guarantee that you can speak with them immediately unless you want to bug them with a phone call or text message.

That’s why I really like Facebook chat, and why the company decided to break out the experience into a new app called Facebook Messenger. People like presence and instant chat. Basically, they want to know that you’re there at that exact moment.

Since that experience doesn’t exist on Twitter, Bonfire has created a killer extension for Chrome and Firefox that drops a chat layer on top of Twitter’s web experience. It uses its own chat infrastructure so it’ll work even when tweets are delayed and Twitter is having a tough time serving them up at all. After you install Bonfire, the service will look for all of your mutual connections that also use the service.

The chat window and “buddy list” are reminiscent of AOL instant messenger and every chat service thereafter, so it doesn’t take long to figure this thing out. Coupled with alert sounds for when you get a new message, this extension makes the Twitter site feel a lot more like a real-time social network in a way that Facebook nails.

If you don’t want to send someone a message and just want to ask a quick question, a throwaway chat is the perfect alternative. Depending on how many people you follow back on Twitter, you might be up to your ears in direct messages which also generate emails. This type of backup takes the real-time nature out of communication, so Bonfire has done a great job of bringing that to Twitter with this extension.

Read next: Fotoshop by Adobé: a brilliant spoof that mocks makeup commercials