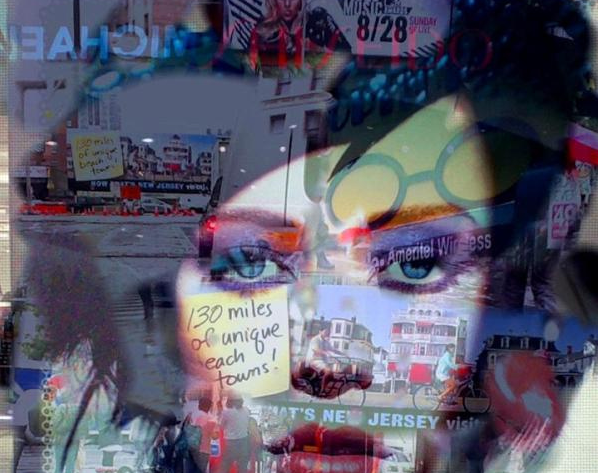 Composite, created by James Alliban and Juliet Lall, is an openFrameworks-based app that allows you to paint abstract images using a the iPad’s built in camera.

The app generates a painting by capturing and overlaying parts of video frames relative to the areas of the canvas that have been touched. Users reveal more and more of their surroundings as they paint, but since the camera is constantly updating, anything in motion becomes ghost-like traces throughout the composition. From Composite:

Inspired by the collages of Robert Rauschenberg, this iPad 2 app gives you the opportunity to paint pictures using the live front and back facing cameras. Simply point your device towards your subject and start painting to reveal it.

A variety of control over the brush and video stream is offered to allow for different aesthetics. These include brightness, contrast, colour offset, alpha, blur and thickness.

Composite is clearly a very experimental app, like most of the projects that come out of the openFrameworks community. The results vary greatly from use to use, and some of the best works of art created by users have been gathered in this Flickr group. Download the app (for $1.99) and submit your best work here.

Composite, via the App Store

Have you worked with openFrameworks before? It can be a nightmare for inexperienced developers, but the results are worth it!

Read next: NoDaddy lets you pledge to boycott Go Daddy for its stance on SOPA