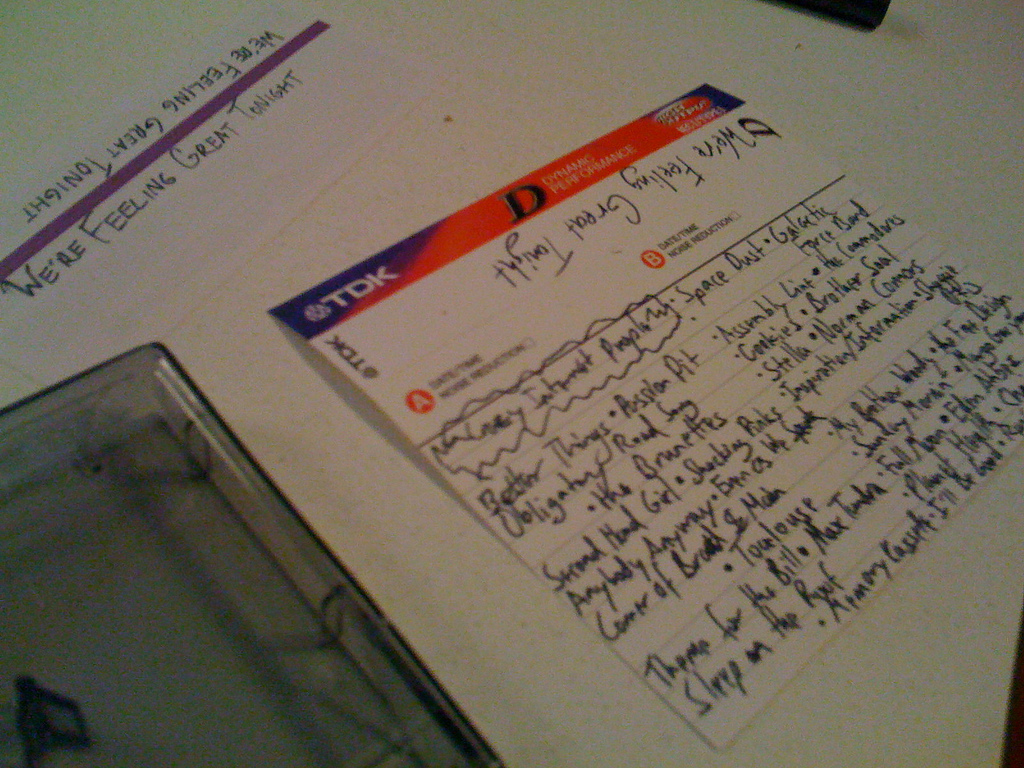 Music has always been social, well before we had the Internet. We created mixtapes for every occasion; driving in the car, for when we get dumped, a new relationship, and the list goes on and on. A few sites have tried to harness the mixtape phenomenon and Spotify playlists have made sharing lists of music a pleasure once again.

A new site called “Everyone’s Mixtape” takes playlists a step further by visualizing the experience with an actual cassette tape, allowing you to include music found on YouTube, Vimeo, and Soundcloud.

Here’s how the site describes itself:

Everyone’s Mixtape’s celebrates the art of creating mixtapes. You can add to an existing mix, or start one of your own. Share with the world, your friends, or that girl from science class.

It’s more than a playlist.

Creating a mixtape for someone is definitely fun, and the site makes it drop dead simple.

When you get to Everyone’s Mixtape, you’ll see a list of playlists that are open for anyone to add to. The categories are one’s you’d expect like; Sunday Morning, Summer BBQ, Heartbreak, and Party. Just click on one of the mixtapes and find a song to add on YouTube, Vimeo, or Soundcloud. To add a song, simply drag the URL on top of the mixtape itself.

You can click on each track to listen and let the entire mixtape cycle through. To add songs or create your own mixtape, you have to sign up and choose a username. Unfortunately, when you listen to a track you’re not shown who submitted it. I think that would be a killer social touch to be able to see a profile for someone who has shared a song that you really like.

Here’s a How-to video on how to make your own mixtape, it’s a pretty simple process:

Just name your mixtape, and start adding songs to it. You can change the order of the songs by dragging them around, even on the public playlists, which is a nice touch.

Once you’ve meticulously created your mixtape for that special someone, you can grab the link for it or share it on Facebook. This is cool, because your friends can come along and add tracks to it, or re-order the playlist. It makes for a fun social experience that you don’t get on Spotify, Rdio, or Last.fm.

I could totally see Everyone’s Mixtape taking off, considering how simple it is to use. With a beautiful interface and the ability to interact with public mixes, creating the perfect ‘Heartbreak’ combination could become somewhat of a contest.

With a few extra social features, the site could become stickier and bring people together in a way that other sites can’t. I think that Spotify integration would be a snap for the site as well, and that’s something I’ll keep an eye out for.

Everyone’s Mixtape is definitely more than a playlist, and the more time you spend working on your playlists, the more excited you’ll be to share them.