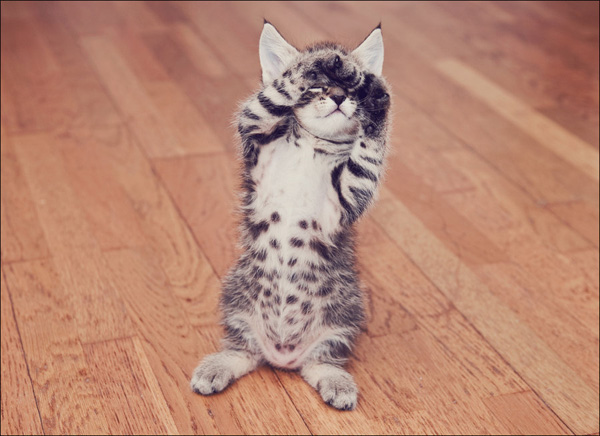 With the rise of user-submitted videos that have gone viral thanks to YouTube and other video-sharing websites, some videos have created a whole new subsection of submissions — the reaction video.

Whilst YouTube submissions have typically been recorded on a webcam or with a video camera, Grolux2 Productions has recognised that many smartphone users are capturing humorous videos on their iPhones and playing them on their handset to their friends and family.

With that in mind, Grolux2 Productions created Moment Catcher; a new iOS application that utilises the front-facing camera on the iPhone, iPad and iPod touch to capture the responses and reactions of the people (particularly children) watching videos on iOS devices.

It’s a new twist on the reaction video, smartly repacked for the smartphone.

Moment Catcher is clever, it never once alerts the users that it is recording a video. It loads up your Photo/Video Roll or YouTube videos, much in the same way as the photos app, requiring you to simply load a video to begin recording.

Its creator explains the idea the app:

“I got this idea while watching my children. They have their favorite videos on YouTube, and when they watch them, they often start to dance, laugh or sing. Every time I take my video or photo camera out to capture those precious moments, they stop what they were doing and don’t want to move anymore. I wondered how I could capture those moments that move us or make us laugh. This is how Moment Catcher was first developed.”

When a video has finished or the user exits, a video is instantly saved and outputted to your Photo/Video Roll. Whilst you are in the app, you can share recorded videos to Facebook, Twitter or via email.

YouTube videos are searchable from within Moment Catcher and if there is a particularly funny or memorable video that you wish to save to watch again later, the app provides a neat little way to favourite results so you can instantly pull them up for a friend or loved one.

In our tests, the app performed beautifully but the lack of sound on videos (the app creators say the feature is in development) is a needed addition. Also, with the app listing your videos already in your Video Roll and also those exported Moment Catcher videos, users are likely to recapture additional reaction videos as they play back their latest creation — instead of exiting the recording screen and watching them independently.

With a price of £0.69/$0.99, Moment Catcher is one of those apps that you have to download download on your iPhone, iPad or iPod Touch even if you are able to grab one hilarious video of your friend or a memory of your child as they interact with your device.

This app does that with ease (albeit lacking sound in its current state) and it looks great too.

Read next: A Social Media Study: 5 KPI's for measuring your brand’s online influence